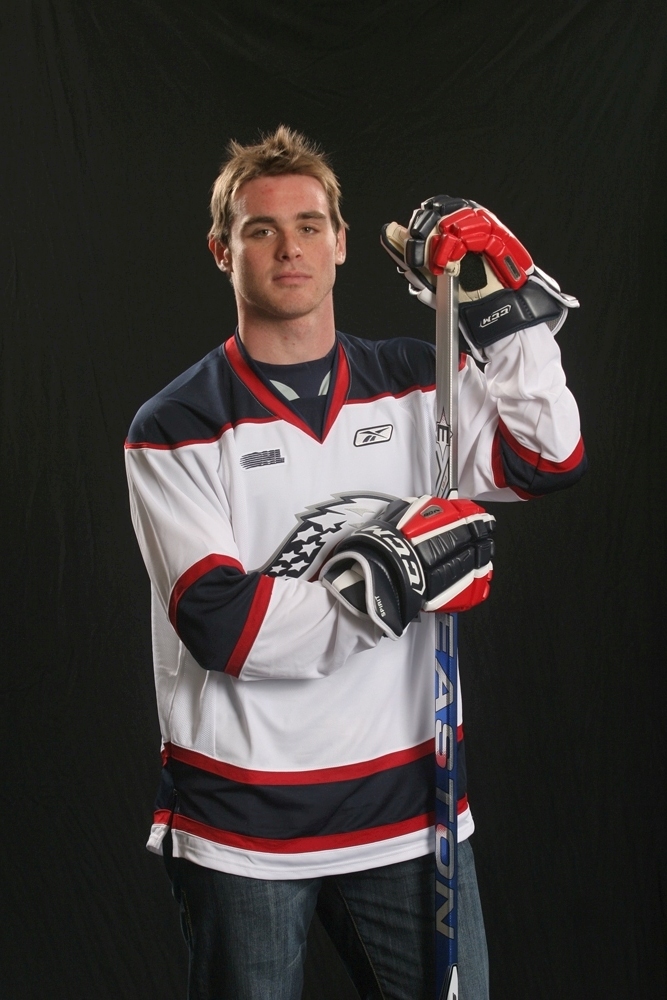 Saginaw Spirit captain Jordan Szwarz tallied two points for his 200th career OHL point Thursday night at The John Labatt Centre of London during the team’s 4-2 loss to the London Knights.  The two points move Szwarz into a tie with alumni Tom Pyatt (2003-2007; 200 points) for third place in the team’s all-time leading scorer rankings;  alumni Ryan McDonough (2005-2008; 247 points) and Jack Combs (2005-2009; 229 points) are atop the rankings.

The Spirit lead the OHL West Division with 78 points and a 37-17-3-1 record.  The team is currently in possession of the second place seed in the OHL Western Conference, one point ahead of the Kitchener Rangers and two points back of the Owen Sound Attack.

The Knights jumped to a two goal lead in the first period.  Defenseman Troy Donnay scored from center Dane Fox and winger Vladislav Namestnikov at the 5:34 mark to make it 1-0, then a power play goal from winger Colin Martin at 17:34 from Namestnikov and winger Jared Knight made it 2-0.

The second period would see an abundance of scoring, the first goal of the period coming off the stick of Spirit winger Josh Shalla.  Shalla scored a power play goal at the 1:04 mark from winger Jordan Szwarz and center Mathew Sisca to make it 2-1.  The Knights were quick to respond however, with two consecutive goals giving London a 4-1 lead.  Center Ryan Rupert scored from Knight and brother Matt Rupert at 1:41, then moments later at the 2:21 mark winger Dylan MacEachern would score from winger Stephen Sanza and defenseman Tommy Hughes.

The Spirit would further close the gap in the final seconds of the second period, with Jordan Szwarz notching his 200th career point with a goal at the 19:17 mark.  The goal, which moved Szwarz into a tie for third on the Spirit’s all-time leading scorer list, was assisted by center Vincent Trocheck and defenseman Ryan O’Connor.  The Spirit would continue to push, however after a scoreless third period the Spirit were unable to reduce the deficit; the Knights secured the 4-2 win in regulation.

Get your Tickets!  The team visits the Kitchener Rangers Friday night then returns to action at The Dow Event Center Saturday night to host the Ottawa 67’s at 7:11 PM.  To get your tickets, please contact the Saginaw Spirit at 989-497-7747 or visit the Official Saginaw Spirit Ticket and Merchandise Store at 5789 State Street in Saginaw.  Tickets can also be purchased at SaginawSpirit.com, The Dow Event Center Box Office or any TicketMaster Outlet.