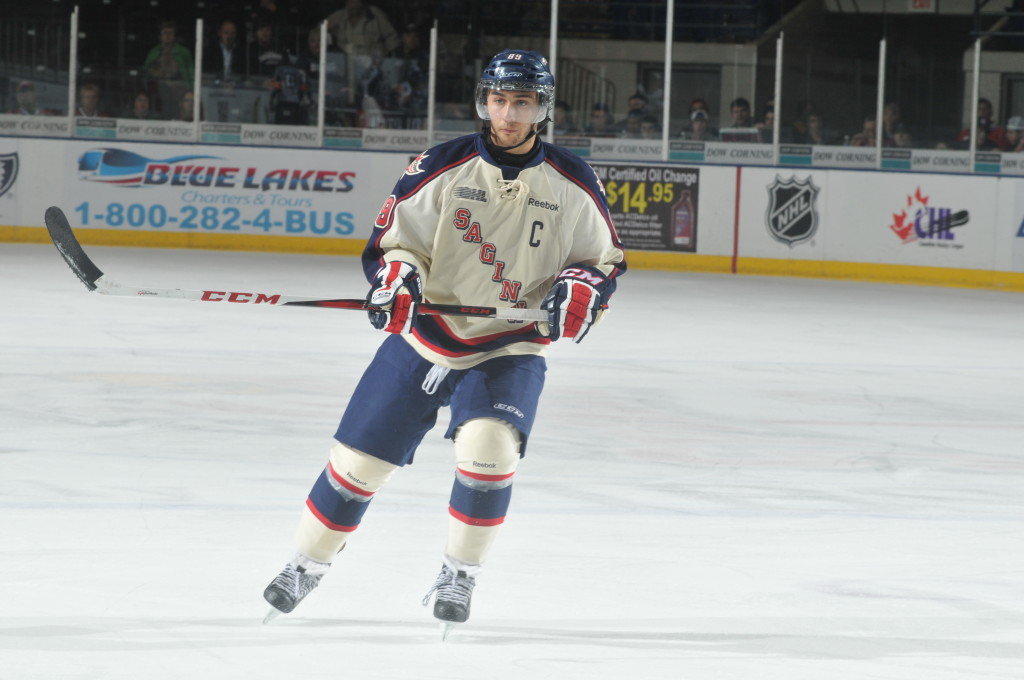 Following a lengthy road trip into Pennsylvania and Eastern Ontario, the Spirit will be back at the Dow Event Center for two games this weekend. The Belleville Bulls will be the opposition on Saturday, November 3 at 7:11 pm. The Eastern Conference club is led by NHL First Round picks Malcolm Subban, (Boston) and Brendan Gaunce (Vancouver). Subban is the cousin of Spirit defenseman Marselis Subban. Prior to the Spirit versus Bulls contest local police officers and area firefighters will take to the ice for the Guns and Hoses Charity Game, which will start at 5:30 pm. Any Spirit ticket is good for both games. The annual event is co-sponsored by Gohm Restoration and Mike’s Wrecker Service.

Saginaw will then host its first Sunday afternoon game of the season as the Spirit will face the Sarnia Sting on Sunday, November 4 at 4:00 pm. This is the first meeting between the two teams since last season’s first round playoff series, and it will also be Military Appreciation Day, sponsored by Charter Communications. All Veterans, Active Duty and Reservist Personnel will receive a complimentary Upper level ticket. Complimentary tickets may be picked up in advance by stopping by the Spirit Store, located at 5789 State St. in Saginaw or at the Will Call desk, prior to the game on Sunday. A valid military ID is required to receive a complimentary ticket. The Yellow Ribbon Guard will also be on hand to accept items and cash donations for the Send Santa to the Troops campaign.

The Spirit will then hit the road with an afternoon game against the Plymouth Whalers on Tuesday, November 6 at 2:00 pm before moving into Eastern Ontario with stops in Ottawa, Belleville, and Kingston on November 9th, 10th, and 11th.

On the ice, Captain Vincent Trocheck continues his pursuit of the Spirit’s all time assist record, with the mark of 134 set by Jack Combs the target. Trocheck heads into the weekend three assists away from tying the milestone, while teammate Garret Ross remains four points shy of 100 in his OHL career.

Get Your 2012-2013 Season Tickets! – Reserve your 2012-2013 Saginaw Spirit season tickets, flex packs, Covenant Kids “Kids Pass” and group outings today! For more information contact the Spirit at 989-497-7747, visit the Spirit store at 5789 State Street in Saginaw, or go to SaginawSpirit.com, and don’t forget to follow the Spirit on Facebook, Twitter, and You Tube.