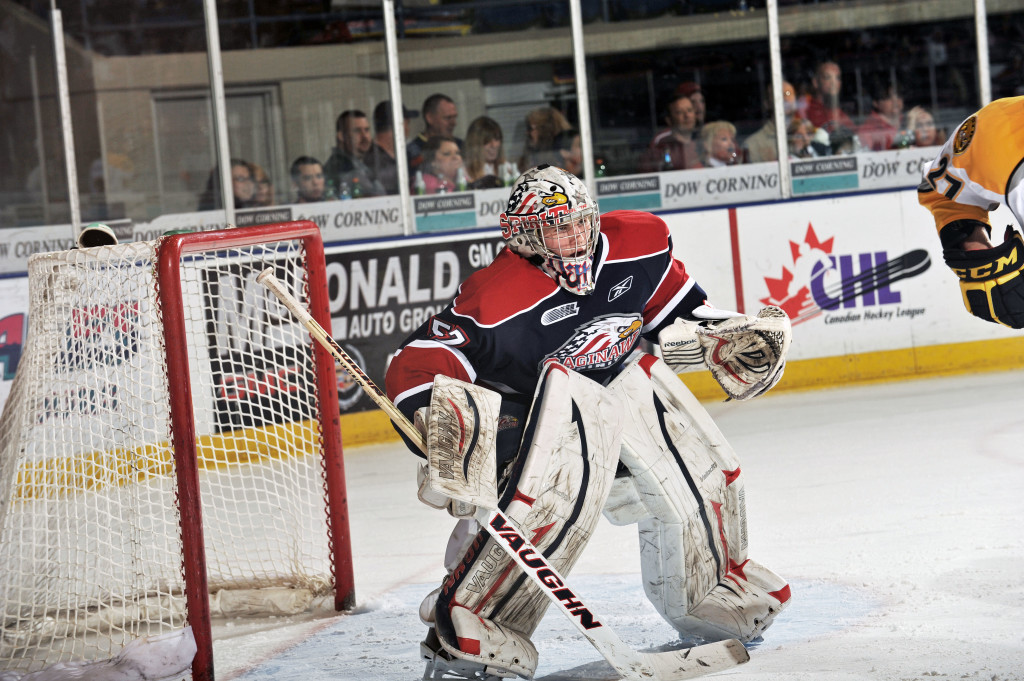 Saginaw Spirit goaltender Jake Paterson will continue his busy schedule leading up to the NHL Draft next month in Pittsburgh. Following his participation in this week’s NHL Combine in Toronto, Paterson will join four other OHL goaltenders in Calgary, Alberta early next month for the Hockey Canada Program of Excellence Goaltending Camp. The camp will go from June 7th until the 10th, and will feature 15 goaltenders who are currently playing in the Canadian Hockey League.

All 16 goaltenders were selected by Hockey Canada based on evaluations done by head scout Kevin Prendergast and goaltending consultant Ron Tugnutt during the 2011-12 season and in consultation with coaches, general managers and team officials throughout the CHL.

“We have had terrific success with this camp in its first six years, and we are excited to have Canada’s best young goaltenders work with some of the top instructors in the game,” said Brad Pascall, Hockey Canada’s vice-president of hockey operations/national teams. “We want to give these young goaltenders every opportunity to develop and prepare for international competition, and we feel this camp is a step in the right direction.”

The camp will be open to the public, free of charge.