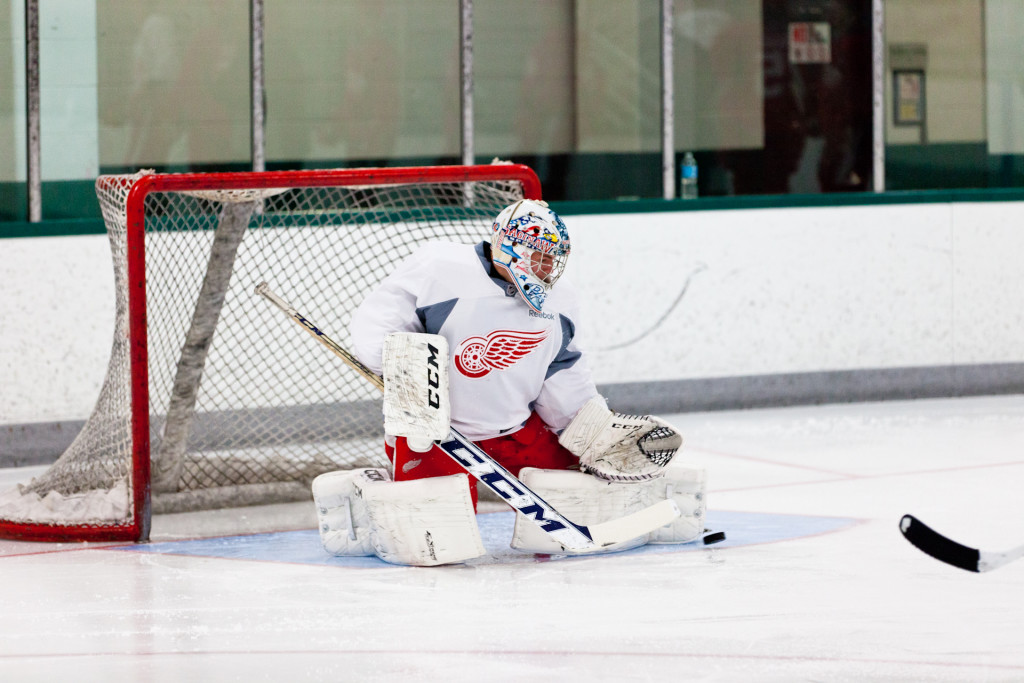 The National Hockey League’s Detroit Red Wings have announced that Saginaw Spirit goaltender Jake Paterson has been assigned to the team’s American League affiliate in Grand Rapids. Paterson will join the defending Calder Cup Champions in time for another playoff run this year, as the team has now secured a spot in the AHL’s post season.

Paterson appeared in 45 regular season games with the Spirit this season, producing a 24-18-2-0 record, to go along with a 3.41 goals against average. The Mississauga, ON native was Detroit’s second round choice, 80th overall in the 2012 NHL Entry Draft.

Get Your 2013-2014 Tickets! – Reserve your 2014-2015 Saginaw Spirit season tickets, flex packs, Covenant Kids “Kids Pass” and group outings today! For more information contact the Spirit at 989-497-7747, visit the Spirit store at 5789 State Street in Saginaw, or go to SaginawSpirit.com, and don’t forget to follow the Spirit on Facebook, Twitter, and You Tube.