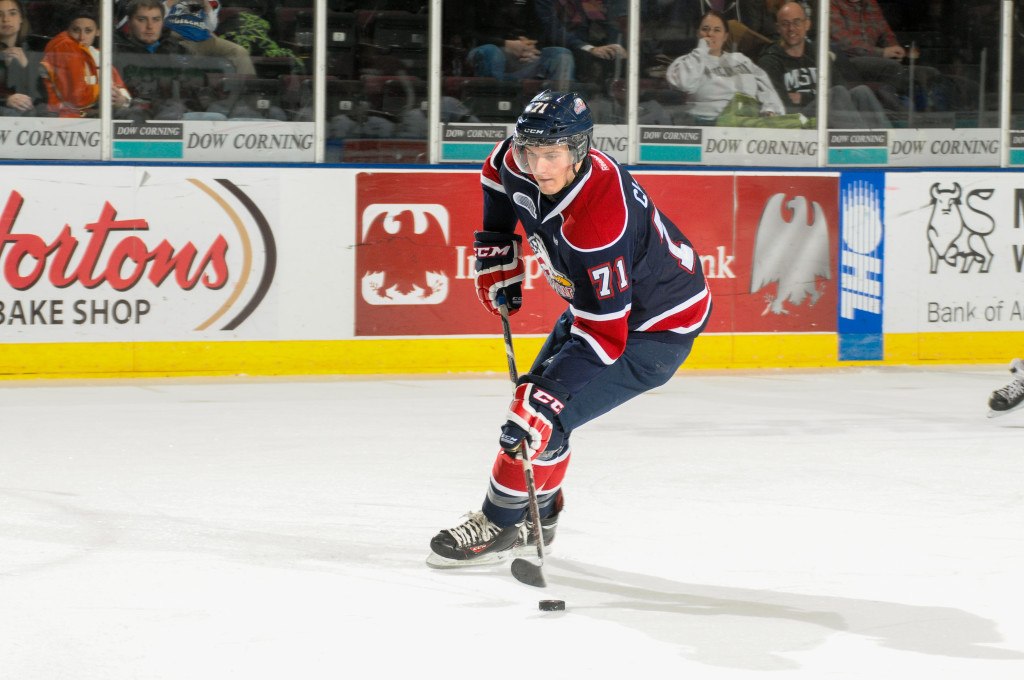 DETROIT – The Detroit Red Wings today announced a schedule and preliminary roster for their 2014 Development Camp, which will be held at Centre ICE Arena in Traverse City, Mich., from July 4-8. The camp kicks off on Friday, July 4 and features on-ice and off-ice workouts each day, including scrimmages on Saturday, July 5 and Tuesday, July 8. The camp roster currently stands at 44 players: 26 forwards, 14 defensemen and four goaltenders.

Headlining this year’s development camp roster are the team’s two most recent first-round picks in Anthony Mantha (20th overall in 2013) and Dylan Larkin (15th overall in 2014). Mantha was the Canadian Hockey League’s top scoring player in 2013-14, notching 81 goals in a combined 81 regular-season and playoff games. He totaled 120 points (57-63-120) in 57 regular-season contests and added 38 points (24-14-38) in 24 playoff games for the QMJHL-champion Val d’Or Foreurs and was honored as CHL Player of the Year, QMJHL Most Valuable Player and QMJHL First All-Star Team for his efforts. Larkin, a native of Waterford, Mich., scored 31 goals for the U.S. National Team Development Program last season and is headed to the University of Michigan in the fall. He has twice represented the United States on the international stage, earning gold at the 2014 Under-18 World Championship and bronze at the 2013 World Under-18 Hockey Challenge.

Other players slated to attend include Alexey Marchenko, a 2014 AHL All-Star defenseman with Grand Rapids;Tyler Bertuzzi, a 2014 OHL Champion with the Guelph Storm and nephew of Red Wings forward Todd Bertuzzi;Jake Paterson, a member of the 2014 Canadian World Junior team; Andreas Athanasiou, who scored 49 goals and 95 points with the OHL’s Barrie Colts last season; Tomas Nosek, a 21-year-old free agent who the Red Wings signed to an entry-level contract after he led his Czech professional team in scoring; Dominic Turgeon, Detroit’s second choice in last weekend’s draft and son of former NHL great Pierre Turgeon; and fellow 2014 draft picks Christoffer Ehn (fourth round), Julius Vahatalo (sixth round) and Axel Holmstrom (seventh round).

Centre ICE Arena has annually hosted Red Wings events since 1997, including the summer development camp and an NHL prospects tournament that has expanded to eight teams, held in September before Detroit’s main training camp. All practices are open to the public. Tickets are available only at Centre ICE Arena for $5 per day at the door on each day of the event. Centre ICE Arena is located at 1600 Chartwell Drive in Traverse City, Mich.