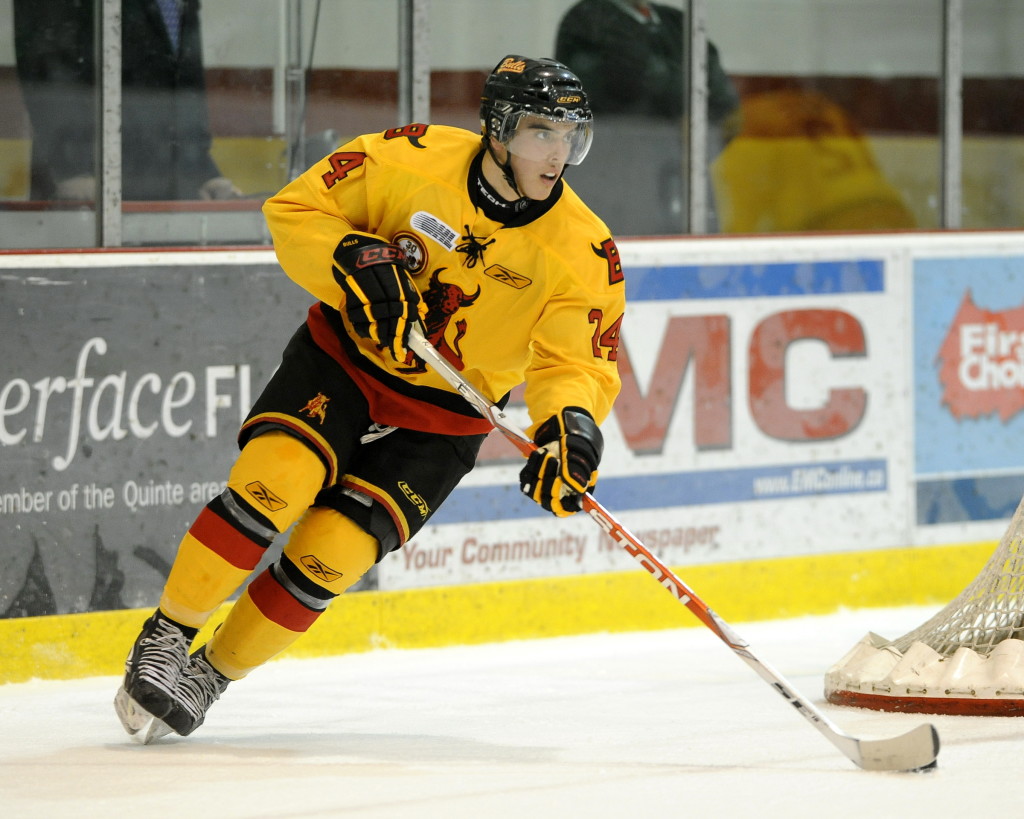 The Saginaw Spirit today announce the team has acquired defenseman Steven Strong from the Belleville Bulls. In return for the 1993 born rearguard the Spirit send the Bulls their 5th round draft pick in the 2014 Ontario Hockey League Priority Selection. Strong, a Mississauga Ontario native, just completed his second full season in the OHL appearing in 63 games in the 2010/11 campaign. He recorded 1 goal and 9 assists this past season along with 73 penalty minutes. Strong was also a member of the Bulls in his rookie season in 2009/10 where he posted 1 goal, 5 assists and 52 penalty minutes in 65 games after being Belleville’s fourth round pick in 2009. Prior to joining the OHL, Strong was a member of the Toronto Marlboros system where he was teammates with Ryan Strome (Niagara IceDogs), Lucas Lessio (Oshawa Generals), Brett Ritchie (Sarnia Sting), and Stuart Percy (Mississauga Majors).

Strong is listed at 5.11”, 195 pounds and he will participate in the Spirit’s 2011/12 season training camp which is slated to begin on September 1, as Saginaw will begin defense of its West Division Regular Season Division Title earned a season ago.