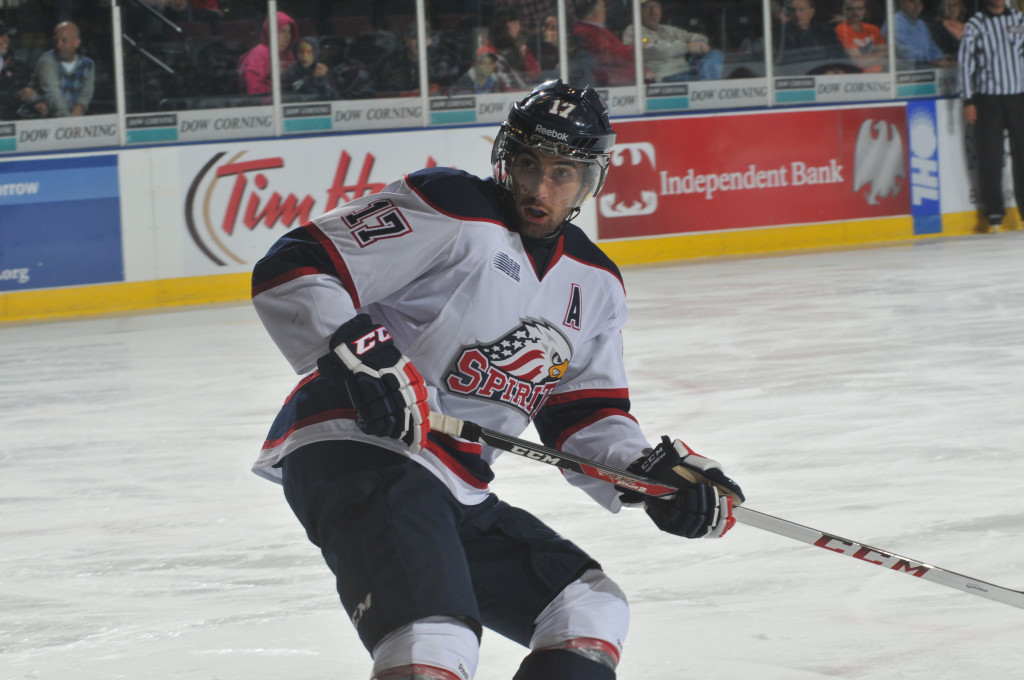 The Erie Otters played host to the Saginaw Spirit Friday, March 21st for with the home team taking the 4-3 victory.

The Spirit began the first period scoring gaining a two goal lead within 6 minutes. Only a minute into the game the Spirit netted their first goal through an effort by Eric Locke from Kristoff Kontos. Five minutes later Luke Cairns fired one into the net from Kristoff Kontos as well. The Otters had multiple great scoring opportunities that were stopped by Jake Paterson until 15 minutes in when Connor Brown scored for the Otters from Dane Fox and Adam Pelech.

The Spirit and the Otters found themselves in a deadlock with both teams unable to score for the first 6 minutes of the second period. Eventually, the Otters scored a powerplay goal off the stick of Andre Burakovsky from Travis Dermott and Spencer Abraham at 6:25 to tie the game. With 3 minutes remaining in the period the Spirit reclaimed their lead when Kristoff Kontos scored on an assist from Jake Ringuette and Eric Locke.

The Otters began the final period with a goal at 5:09, scored by Andre Burakovsky from Dylan Strome and Travis Dermott to tie the game again. After an evenly played third period, the game seemed as though it would go into overtime. However, the Otters found their first lead of the game when Dane Fox scored a powerplay goal on an assist from Brendan Gaunce from Adam Pelech for the eventual game winner.