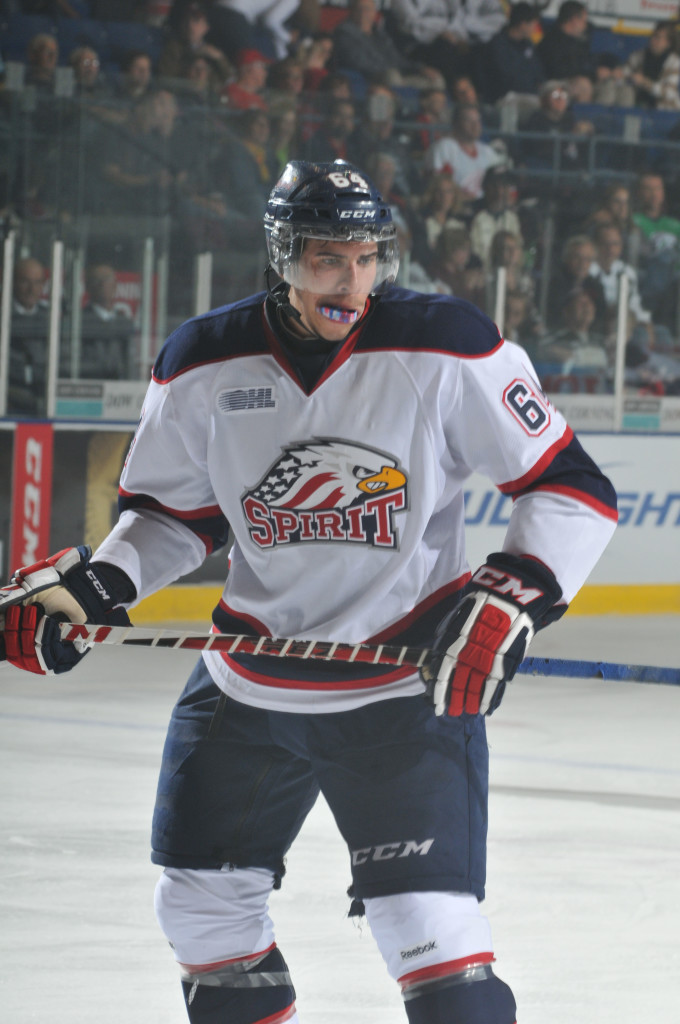 The Saginaw Spirit met up with the Erie Otters for game two of their best-of-seven Western Conference playoff series on Saturday, March 22nd.  In a gritty physical overtime hockey game, the Otters defeated the Spirit by a score of 4-3.

At the midway point of the first period, Erie took a 1-0 lead after Andre Burakovsky found the back of the net with assists being credited to Connor McDavid and Dylan Strome.

The Spirit’s Luke Cairns finished off a pretty pass from Kristoff Kontos with a top-shelf wrister to make it a 3-2 game with thirteen minutes left in the third period. Saginaw tied the game at three with less than three minutes left in the game when Cody Payne netted a goal that was assisted by Jimmy Lodge and Mitchell Stephens. The game carried over into overtime where Erie’s Dane Fox netted the game winner via a one-timer that was set up by Connor McDavid two minutes into the overtime session for a 4-3 win over Saginaw.

Catch the Spirit:  The Spirit return to The Dow Event Center for game three of the best-of-seven series against the Otters on Monday, March 24th with a 7:11 puck dropping.  For playoff tickets and everything Saginaw Spirit log on to saginawspirit.com.