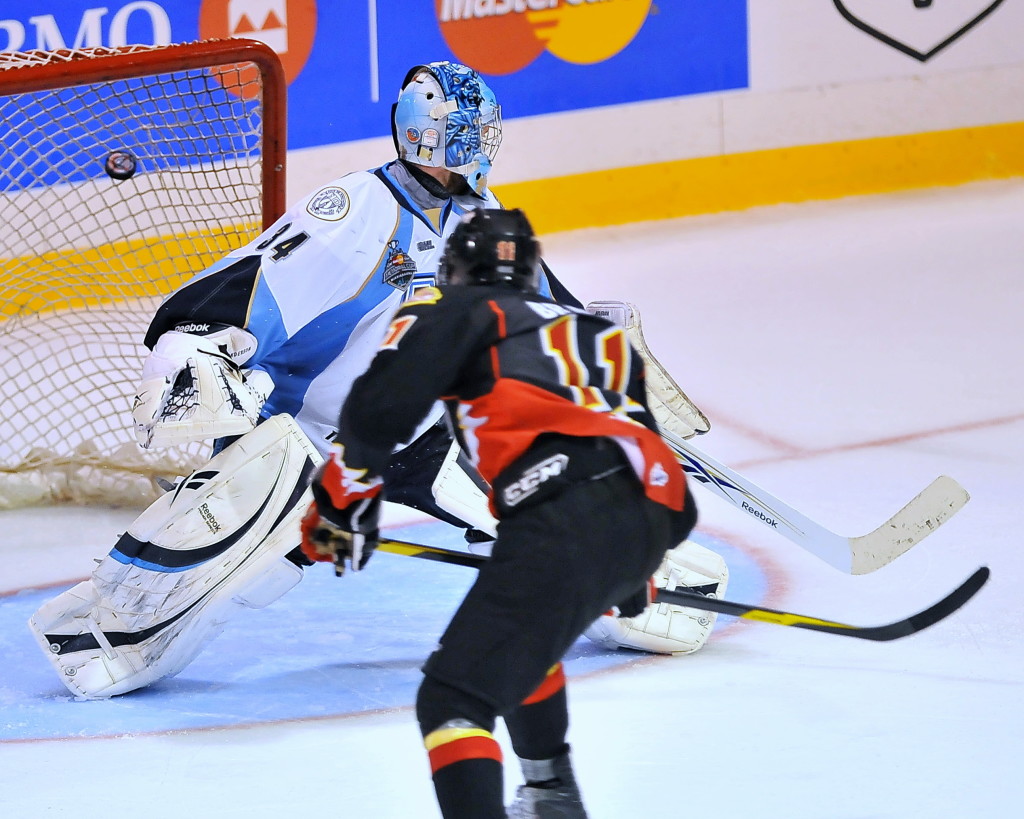 Cameron Brace took a breakaway pass from Joey Hishon and scored 16 minutes into overtime to lift the Owen Sound Attack to a huge 2-1 win over the Mississauga St. Michael’s Majors.

“We worked hard all game,” said first star Brace.  “Joey made a nice play to block a shot and get me the puck.  I wasn’t thinking, I just shot it and happy it went in.”

The Rogers OHL Championship Series is now tied 2-2 heading back to Mississauga.

“It was a great game,” said Major Head Coach Dave Cameron.  “We had lots of chances in the overtime and could have won this game.”

Justin Shugg opened the scoring after more than 55 minutes of scoreless hockey at 15:21 of the third period with his eighth of the playoffs just seconds after the Attack missed a glorious opportunity at the other end.  Brace broke his stick on a one-timer attempt sending Shugg up the ice the other way.  He dumped the puck into Attack territory and picked up his own shot and beat Zador glove side to put the Majors ahead 1-0.

“Give them credit for the win,” Shugg said.  “We knew it would be hard to win an OHL Championship.”

Attack top scorer Robby Mignardi scored his 14th of the playoffs less than a minute later with the man advantage banging home a rebound off a Hishon shot at 16:16 to the tie score and force the extra frame.

“It was a really close game,” said Attack Head Coach Mark Reeds.  “I think this is more of what people expected from a Championship Series.”

Michael Zador made 41 saves to earn the win, while JP Anderson took the loss with 38 saves.

Game five of the series is Tuesday night and can be seen live at 7:00 pm on Rogers TV and the OHL Action Pak. 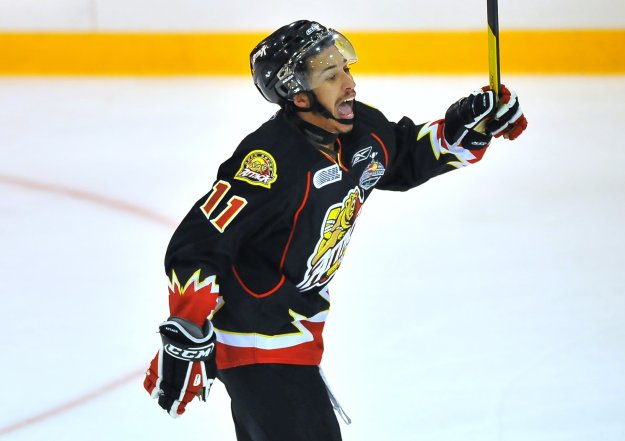