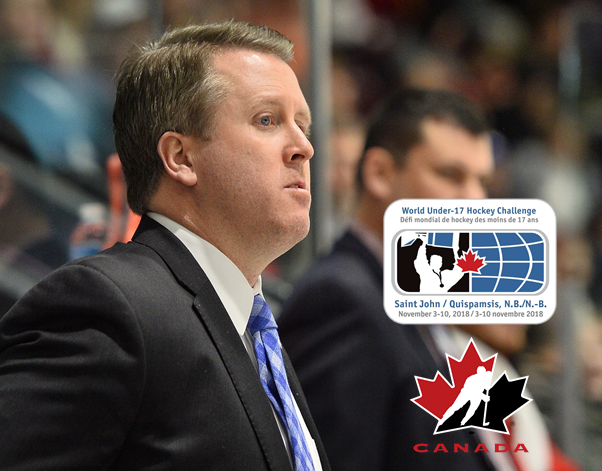 One of those nine coaches is Saginaw Spirit head coach Troy Smith, who was named an assistant coach for Team Canada Black. Smith joins Spirit prospects Cole Perfetti, Tristan Lennox, and Ethan Cardwell, who were invited to partake in the development camp in hopes to solidify a spot on this year’s Under-17 National Team.

“We are extremely happy for Troy that he has been given this opportunity once again by Hockey Canada,” said Spirit General Manager Dave Drinkill. “Troy brings a wealth of experience in international play from his past positions with Hockey Canada making this a great fit for the Under-17 National Team this season. We wish him and our prospects the best of luck.”

Smith returns to a coaching role at the World Under-17 Hockey Challenge under the tournament’s new format, having been an assistant coach three times with Team Ontario, and a head coach twice between 2008 and 2013, picking up two gold, two silver, and one bronze medal.

The Spirit returned to the playoffs in the 2017-18 season, the first behind the bench for Troy Smith. Smith’s previous coaching assignments included nine seasons with the Kitchener Rangers and two seasons with the Hamilton Bulldogs. Smith also played four seasons in the Ontario Hockey League from 1995-1999 with the Detroit Jr. Red Wings/Plymouth Whalers organization.