Spirit’s Lennox, Bloom featured on Players to Watch list ahead of 2021 NHL Draft 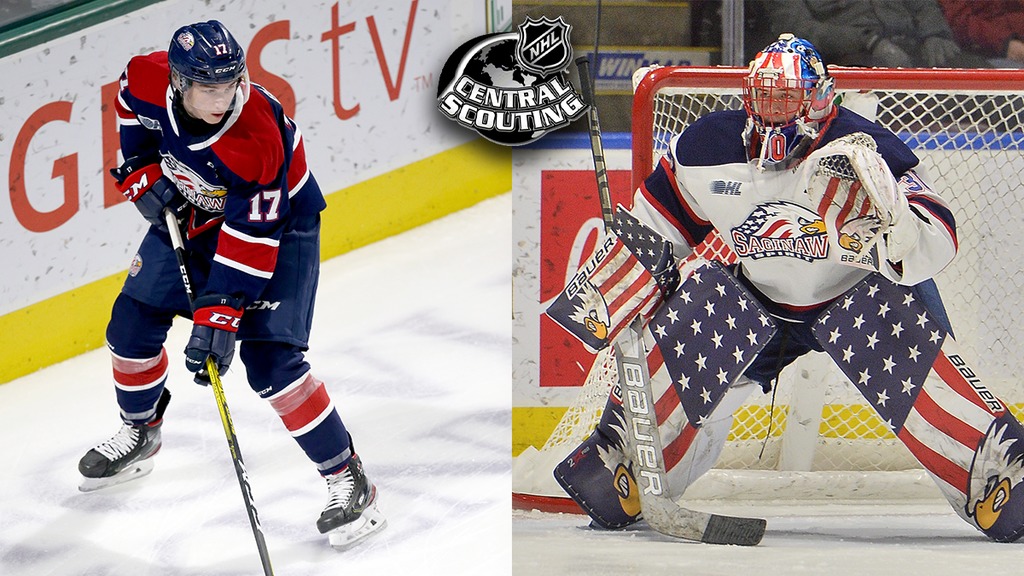 Tristan Lennox is listed as a ‘B’ prospect, while Josh Bloom is rated a ‘C’ prospect.

Lennox enjoyed his first 20-win campaign during the 2019-20 season, his second OHL season. The Cambridge, Ontario native was the highest goaltender selected in the second round, 26th overall, in the 2018 Under-17 Priority Selection Draft.

Lennox plays in honor of his late grandfather, Richard Wall, who passed away from Amyotrophic Lateral Sclerosis (ALS) in May of 2020. He, along with his parents, developed “Lenny’s House” a charitable organization designed to raise funds for ALS research and helps victims and families impacted by the disease. For more information and how to make a donation, visit lennyshouse.ca

Bloom played in his rookie OHL season in 2019-20, scoring six goals and eight assists in 54 games. He became the first rookie in OHL history to score his first two career goals via the penalty shot. The Oakville, Ontario native was selected by the Spirit in the second round, 30th overall, in the 2019 Under-17 Priority Selection.

The six-foot-one, 175-pound winger had points in six of his last seven games before the COVID-19 pause ended the season in March of 2020.