The Saginaw Spirit are today pleased to announce the signing of defenseman Jamie Oleksiak to an Ontario Hockey League contract.  Oleksiak was selected in the first round, 14th overall, by the Dallas Stars in the 2011 NHL Entry Draft.

Spirit General Manager and Head Coach Todd Watson and his staff has been recruiting Oleksiak since the team selected him 138th overall in the 2008 OHL Priority Selection.  “We have been after him for a couple of years, similar to how we were after Brandon Saad leading up to last season”, said Watson, “This is an important signing that helps to strengthen our defense and we look forward to him coming into camp, adjusting to the caliber of OHL hockey and contributing in the 2011-2012 season.”

The 6’7”, 240 pound native of Toronto, Ontario played for the NCAA’s Northeastern University Huskies last season, where he enjoyed a solid season recording 4 goals and 13 points in 38 games as a freshman. Prior to that, he spent time in the USHL with both the Chicago Steel, and Sioux Falls Stampede.

Oleksiak is a dual citizenship with the United States and Canada, and this season he decided to pass on an invitation to the US World Junior Team Camp to try out for the Canadian World Juniors Squad.  The Canadian National Junior Team’s Summer Development Camp is scheduled for August 3rd to 7th in Edmonton, Alberta.  Oleksiak has previous international experience representing the United States in the 2009 Ivan Hlinka Memorial Tournament.

Stated Spirit Assistant General Manager Jim Paliafito, “Adding an elite defenseman as Jamie is another step to our goal to win an OHL Championship.  Oleksiak reminds me of a young Derian Hatcher.”

This past June Oleksiak was selected by the Dallas Stars in the first round of the 2011 National Hockey League Draft in Minnesota, going 14th overall. It is the second consecutive season the Stars have chosen a player with ties to the OHL in the opening round after taking Windsor Spitfires goaltender Jack Campbell with the 11th pick in 2010.

“Jamie’s unique size makes him a difficult player to play against.  He has made great strides in the past year showing potential on both side of the puck,” said Tim Bernhardt, Director of Amateur Scouting for the Dallas Stars.

“With the addition of Jamie Oleksiak to the Spirit roster, Todd Watson and his staff have continued to build the foundation of a top contender,” stated Spirit President and Partner Craig Goslin, “The sports fans of the Great Lakes Bay Region are in for a really fun season with this year’s Spirit team poised to do great things as we celebrate ten years of Spirit hockey.  We invite our great fans to join us at The Dow Event Center when the season starts this September.” 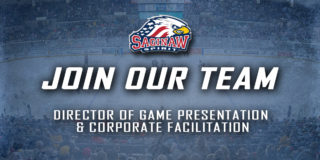 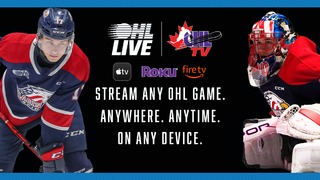 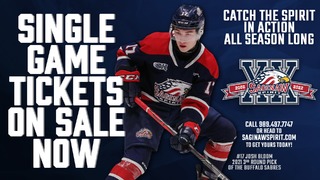 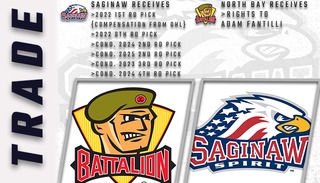 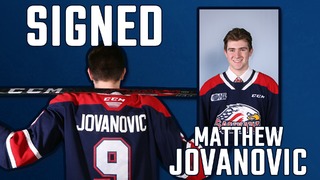 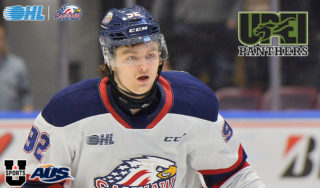