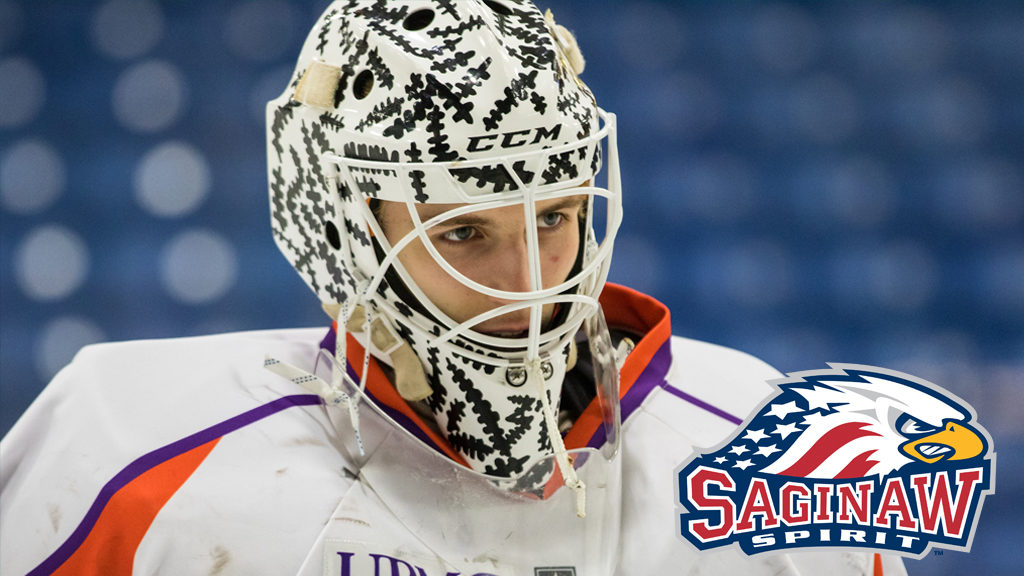 19-year old goaltender selected in the first round, 15th overall in the 2018 CHL Import Draft

“As an organization, we are pleased to welcome Ivan Prosvetov to the Spirit family,” said Drinkill. “We know that Ivan is excited to be here and contribute to the Great Lakes Bay Region on and off the ice. We look forward to watching him continue his hockey career here in Saginaw.”

The six-foot-five, 175-pound native of Moscow, Russia was taken by the Spirit in the first round, 15th overall, in the 2018 CHL Import Draft. Prosvetov played the 2017-18 season with the Youngstown Phantoms, posting 19 wins in 36 appearances during the regular season, and backstopped the Phantoms to the Clark Cup Finals during the 2018 USHL Playoffs.

Prosvetov’s efforts during the regular season granted him the opportunity to participate in the 2018 USHL/NHL Top Prospects game in Kearney, Nebraska and also earned him USHL Goaltender of the Week honors for the week of February 19. Prosvetov was ranked 14th among North American goaltenders by NHL Central Scouting in the final rankings posted before the 2018 NHL Draft. Prosvetov was selected eighth highest of all the goaltenders taken in the Draft.

The 27th annual CHL Import Draft included a total of 77 players consisting of 47 forwards and 23 defensemen while seven goaltenders were selected, marking the first time since 2013 that they have been eligible. The 77 players were chosen from across 12 different countries featuring a draft-high 16 players from the Czech Republic.

The two-round draft took place online with the order of selection rotating through each of the CHL’s three leagues using an inverse order of final regular season standings within each league from the 2017-18 season.

Each team in the CHL is permitted to dress and play a maximum of two import players each season who are selected annually through the CHL Import Draft.