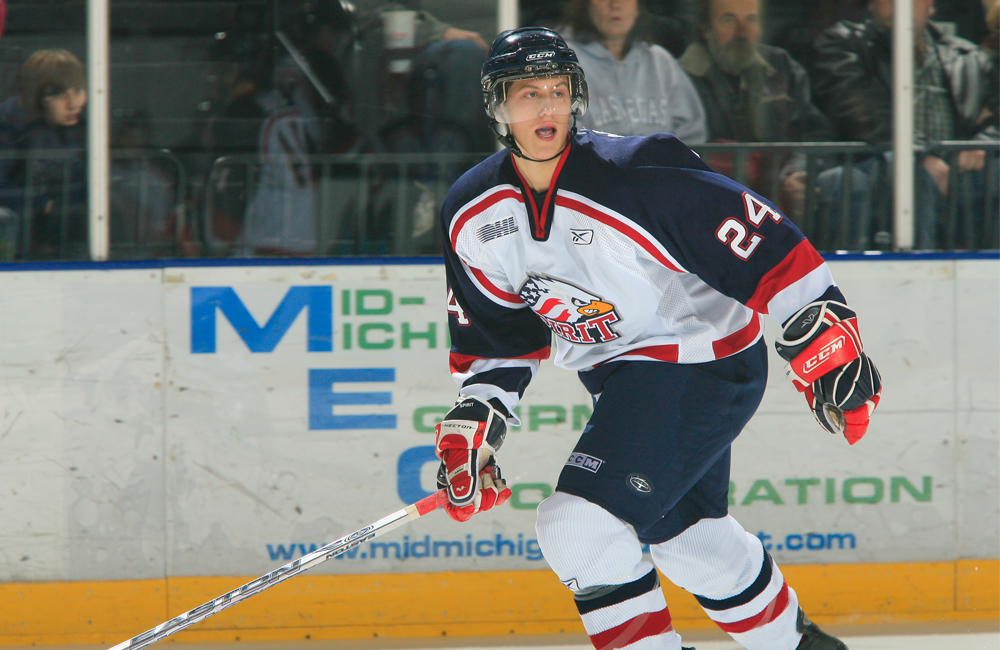 The Saginaw Spirit are deeply saddened by the sudden loss of former Defenseman Adam Comrie, who has passed away at the age of 30.

Comrie skated for the Spirit during the 2007-08 and 2008-09 seasons and most recently spent the 2019-20 season with the Klagenfurter AC in Austria, where he helped the club to a league championship last Spring. The defender was a veteran of over 700 professional games including 302 in the American Hockey League after being drafted by the Florida Panthers in the 2008 NHL Draft.

Our thoughts and prayers are with his family, friends and teammates during this most difficult time.