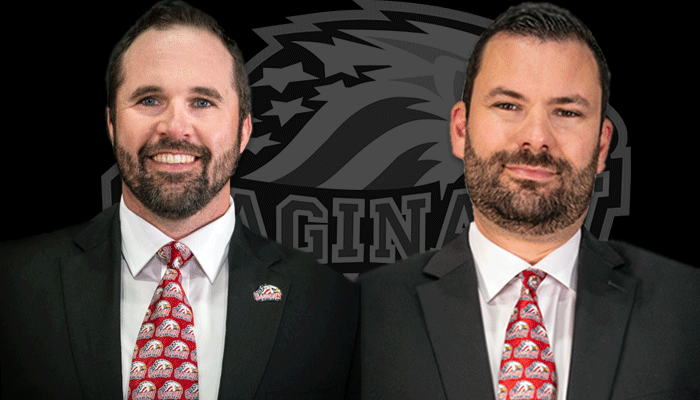 “On behalf of owner Dick Garber, we recognize the strong effort that Dave Drinkill and Chris Lazary demonstrate everyday as our General Manager and Head Coach”, said Spirit President and Managing Partner Craig Goslin. “Our ultimate goal is to win an OHL Championship for our community. Dave, Chris, and their entire staff has built a championship-contending roster with back-to-back West Division Championships and a culture of development for our players that, we feel, is second to none.  The total player development program mirrors the Saginaw Spirit core values of strong work ethic, loyalty, pride, integrity, empathy, respect and honesty, as well as matches our mission statement of developing young talented athletes into successful people, on and off the ice.”

Drinkill is set to embark on his sixth season with the Spirit after COVID-19 cancelled the 2020-21 OHL campaign. Since the start 2015-16 season, Drinkill has oversaw 166 regular season victories making him the winningest general manager in Spirit history. The Elmvale, Ontario native has also recruited some of the most talented players to ever wear the Spirit red, white, and blue including Cole Perfetti, Blade Jenkins, Bode Wilde, Filip Hronek, Damien Giroux, and D.J. Busdeker.

“I would like to thank Dick Garber, Craig Goslin, Jimmy Devellano, Brandon Bordeaux and Chris Osgood for their outstanding ownership, passion, and commitment to our program and the community of Saginaw,” said Drinkill. “I am extremely happy and grateful that I will continue to be the general manager in Saginaw for the next three seasons and I look forward to pushing our program to the next level. I truly believe that Saginaw is an outstanding place for young men to play junior hockey and grow as people, on and off the ice. It is truly a hidden gem in the OHL. We provide our players everything they need to reach their goals and dreams. Working side-by-side with our head coach Chris Lazary, I believe we have created one of the premier programs in the Canadian Hockey League. I am happy that we were able to come to terms with Chris and extend his contract, as well. He is an outstanding young coach that has tremendous work ethic and an extreme passion for the game. I know all our current and incoming players will continue to develop under Chris and his staff. I am excited to see what the future has in store.”

After an 11-9-1-1 start to the 2018-19 season, Dave Drinkill elected to promote then associate coach Chris Lazary to head coach. The Spirit went on to win 34 of their next 46 games to finish out the most successful regular season in franchise history with a 45-17-3-3 record and the team’s first West Division Championship since the 2010-11 season. The team also enjoyed their longest playoff run in 2019, getting to the Western Conference Finals for the first time in franchise history.

Chris Lazary enters his second full season as head coach and fifth year behind the Spirit bench after being named associate coach prior to the 2016-17 season. His .704 regular season winning percentage is the highest of any head coach in Spirit franchise history.

During the 2019-20 season that was shortened due to COVID-19, the Spirit were on track to break their single-season wins record they had set the previous year. With six games to go, the Spirit needed five victories but had won seven straight games and picked up at least one point in 11 of their final 12 contests before the pause. Following the cancellation of the season, the Spirit were recognized by the OHL as West Division Champions for the second year in a row. Another in the long line of first for the team since Drinkill and Lazary have been at the helm.

The Saginaw Spirit look forward to a return to the ice this fall with an Ontario Hockey League start date set for October 7th. If you would like us to contact you regarding season ticket information for the 2021-22 season, please fill out the web form at saginawspirit.com/season-tickets.