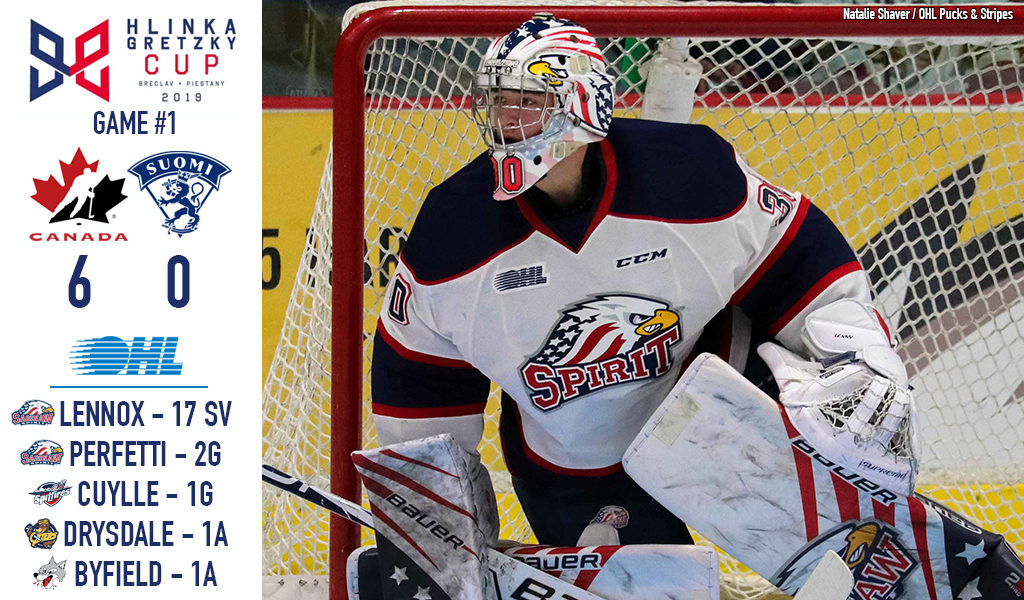 Perfetti scored twice and Lennox stopped all 17 shots he faced while other OHL contributions came from Will Cuylle (Windsor Spitfires) who scored a goal as well as Jamie Drysdale (Erie Otters) and Quinton Byfield (Sudbury Wolves) who each had assists.

Canada scored three times in the opening frame as Perfetti and Cuylle joined Seth Jarvis (Portland Winterhawks) on the scoresheet.

Jarvis and Perfetti rounded out the scoring in the third period as Canada outshot Finland 34-17 and held the Finns to 0-for-6 on the power play.