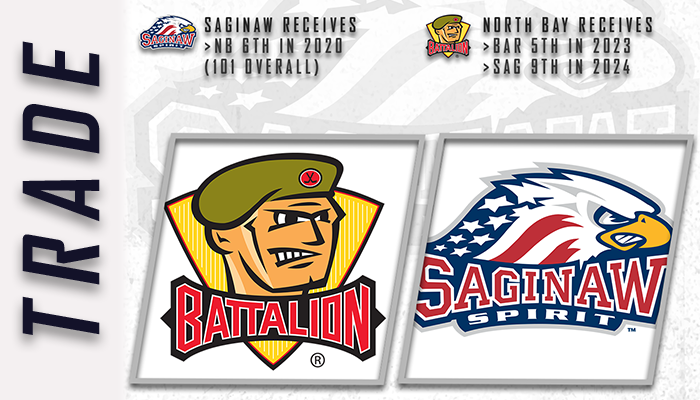 Saginaw’s picks in the 2020 OHL Priority Selection are as follows:

The Spirit will make a total of 14 picks, including their first pick at 18th overall, in the 2020 OHL Priority Selection Draft presented by Real Canadian Superstore on Saturday, April 4 at 9:00 a.m.

Fans can follow along live on www.ontariohockeyleague.com , as well as the live draft show of the first three rounds on Youtube.