The Saginaw Spirit announce today that the team has consummated a trade with the Mississauga Steelheads which will see overage forward Kristoff Kontos head to Michigan. In the deal, the Spirit acquire the 1993 born center for two draft picks, a 4th round pick in 2014, which was originally Kingston property, and Saginaw’s 7th round selection in 2015. The deal represents the Spirit’s third transaction this month following the trades which saw defenseman Sean Callaghan move over from Ottawa, and forward Cody Payne arrive from Plymouth.

Kontos, who is the son of former OHL and NHL skater Chris Kontos, has split his time in the OHL between the Sudbury Wolves and the Mississauga St. Michael’s Majors/Steelheads programs. The native of Markham, ON was originally taken by Sudbury as one of the Wolves’ second round picks in the 2009 OHL Priority Selection.

In 269 career OHL games, Kontos has recorded 45 goals, and 76 assists for 121 points. This past season with the Steelheads saw Kontos record 17 goals and 20 assists in 68 games played.

Get Your 2013-2014 Tickets! – Reserve your 2013-2014 Saginaw Spirit season tickets, flex packs, Covenant Kids “Kids Pass” and group outings today! For more information contact the Spirit at 989-497-7747, visit the Spirit store at 5789 State Street in Saginaw, or go to SaginawSpirit.com, and don’t forget to follow the Spirit on Facebook, Twitter, and You Tube. 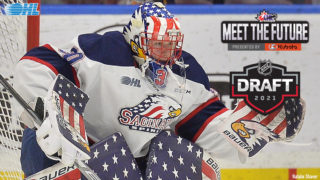 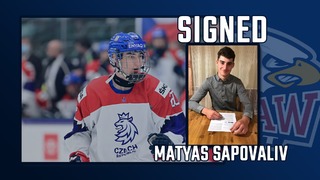