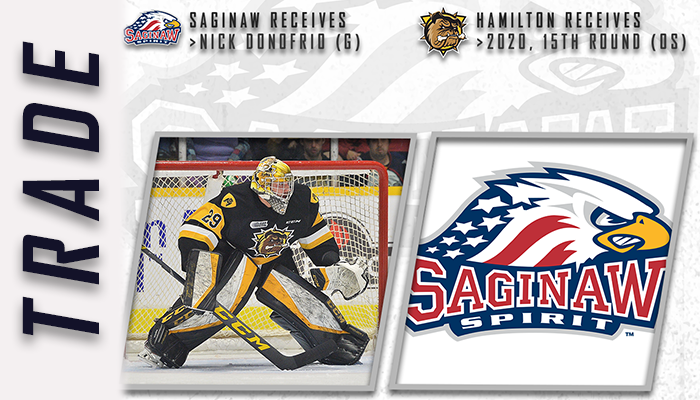 Donofrio, 19, spent the last two seasons with the Hamilton Bulldogs after being their fifth round selection, 96th overall, in the 2015 Ontario Hockey League Priority Selection Draft. The Ypsilanti, Michigan native, who won an OHL Championship with the Bulldogs at the conclusion of the 2017-18 season, has appeared in 47 career OHL games posting a 20-17-2-1 record with a 3.97 goals against average, and a .866 save percentage.