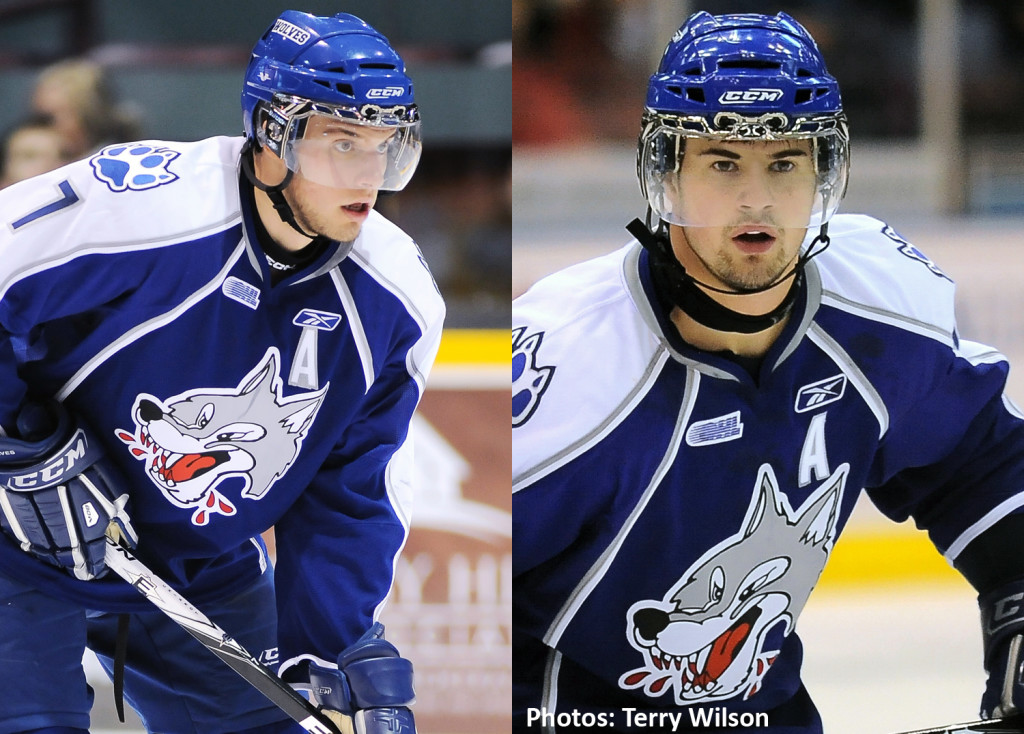 The Saginaw Spirit have completed a trade with the Sudbury Wolves, acquiring two top flight veterans in forward John McFarland and defenseman Ben Chiarot from the Wolves in return for forward Michael Sgarbossa, forward Alex Racino and defenseman Frank Schumacher.  The two teams also swapped draft picks, with the Spirit getting a third round pick in the 2011 OHL Priority Selection and the Wolves getting a fourth round pick in the 2011 selection; both picks were originally owned by the Mississauga St. Michael’s Majors but traded to the respective teams in previous deals.

Center John McFarland is a three year veteran of the Ontario Hockey League, the first overall pick in the 2008 OHL Priority Selection.  McFarland has tallied six goals and four assists for ten points in 12 regular season games this season, 47 goals and 65 assists for 112 points in 134 regular season games in his OHL career.  The 1992-born Richmond Hill, Ontario native has notched four goals and three assists for seven points in two post-season appearances with the Wolves, six games in the 2009 playoffs and four games in the 2010 playoffs.  McFarland was selected 33rd overall by the Florida Panthers in the 2010 NHL Entry Draft.

Defenseman Ben Chiarot is playing in his fourth OHL season, second with the Sudbury Wolves after spending two and a half seasons with the Guelph Storm.  He has posted five goals and eight assists for 13 points in 25 regular season games this season, 15 goals and 31 assists for 46 points in his 190 regular season games in his OHL career.  Chiarot has visited the post-season twice, notching three assists in four games with the Storm in the 2009 playoffs and one goal and one assists for two points in four games with the Wolves in the 2010 playoffs.  The 1991-born Hamilton, Ontario native was selected 120th overall by the Atlanta Thrashers in the 2009 NHL Entry Draft.

Both McFarland and Chiarot are expected to join the Spirit for this weekend’s two game series, featuring a home game against the Kingston Frontenacs on Friday, December 10 at 7:11 PM and the Plymouth Whalers on Sunday, December 12 at 4:00 PM.  McFarland will tentatively be wearing the number 6 while Chiarot will be tentatively wearing the number 27.

Get your tickets!  For ticket information, please contact the Saginaw Spirit at 989-497-7747 or visit the Official Saginaw Spirit Ticket and Merchandise Store at 5789 State Street in Saginaw.  Tickets can also be purchased at SaginawSpirit.com or any TicketMaster Outlet.