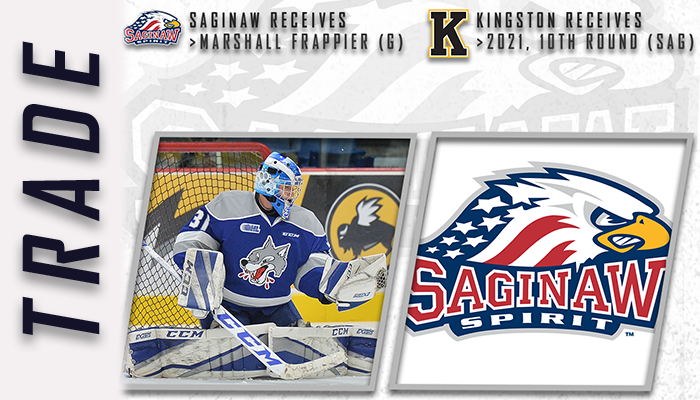 Frappier, 19, was Sudbury’s sixth round pick, 110th overall, in the 2017 OHL Under-17 Priority Selection Draft. Frappier appeared in 23 games between the 2017-18 and 2018-19 season for the Wolves before being traded to the Frotenacs in December. Frappier went on to play in 19 games with Kingston last season. In addition to the Wolves and Frontenacs, Frappier played in 22 games for Tier II French River, posting .925 save percentage.

During his rookie OHL season, Frappier was selected by Hockey Canada to compete in the World Under-17 Hockey Challenge. Frappier posted a 2.83 goals against average and .900 save percentage in three games for Team Canada White.

OHL 'On the Run' Player of the Week: Cole Perfetti
4 days ago

Game Day Preview: Battle of the West's best Saturday in Saginaw
6 days ago