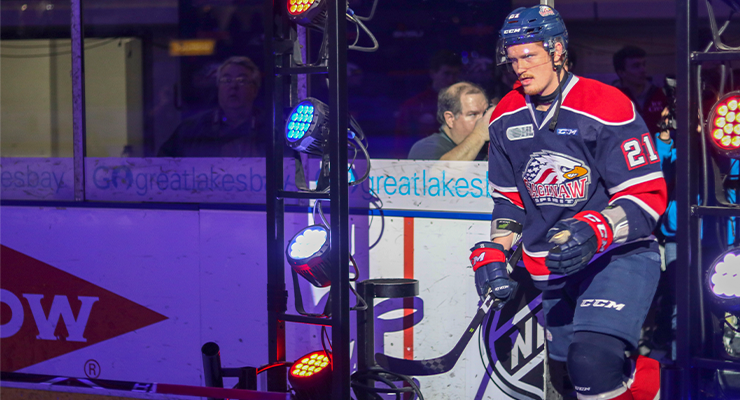 Warren, 18, played the 2018-19 season with the U.S. National Team Development Program and the United States Under-18 National Team. The Laurel Hollow, New York native was drafted by the Minnesota Wild in the sixth round, 166th overall, in the 2019 NHL Draft.

Davis, 19, has appeared in 221 regular season OHL games, with 144 of those coming in a Spirit uniform. Davis was acquired from the Niagara IceDogs in January of 2017 and dressed in 139 consecutive regular season games for the Spirit, until an injury broke up the streak in Jan. 2019.

The Hamilton, Ontario native has eight goals and 50 assists over his four-year OHL career.

The Spirit would like to thank Hayden for his contribution to the Spirit, on and off the ice, and wish him the best of luck in Mississauga.