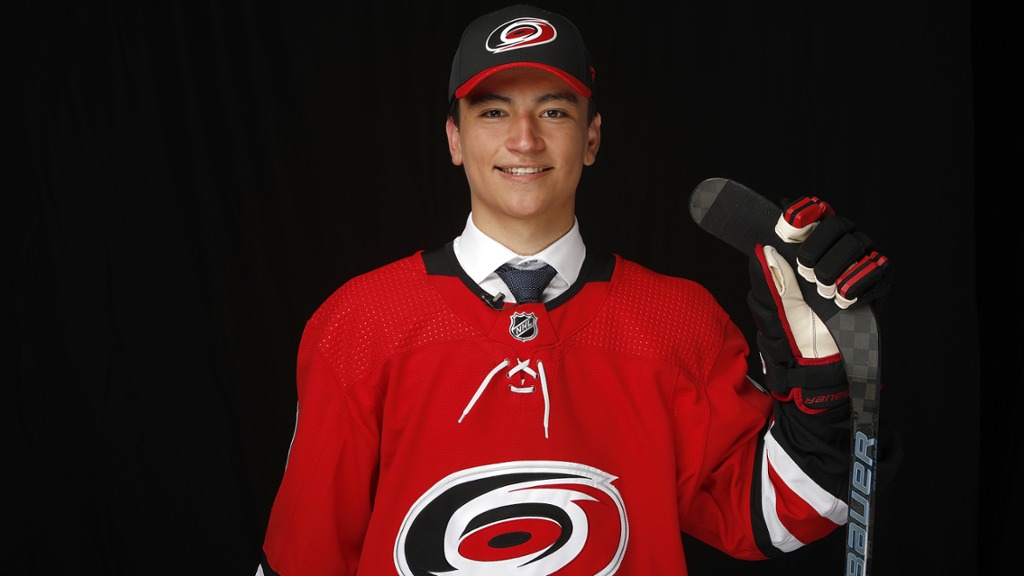 “We are thrilled to add an elite player and person in Ryan Suzuki to our lineup today,” said Drinkill. “Suzuki is a player we have watched grow immensely over the last two seasons. His vision and puck skills are up there with some of the best players in the league. We believe Ryan will make a substantial contribution to our club during the stretch run as we defend our West Division title.”

Suzuki, 18, is a former number one overall pick in the 2017 OHL Priority Selection. The 6’1, 182-pound center was selected in the first round, 28th overall, by the Carolina Hurricanes in the 2019 NHL Draft.

The London, Ontario native is coming off his most successful season in the OHL, posting 75 points in 65 games during the 2018-19 season. An eye injury suffered in early November sidelined Suzuki for nearly two months, slowing his rapid scoring pace. Now fully recovered, Suzuki has posted five goals and 18 assists in 21 games this season.

Internationally, Suzuki has competed in both the Under-17 World Hockey Challenge (2017) and the Hlinka Gretzky Cup (2019), winning a silver medal with Team Canada last summer.

Linden, Michigan native Ryan Beck is a graduate of the Belle Tire Hockey Program and currently skates for the Dubuque Fighting Saints in the Unites States Hockey League. The 5’9, 185-pound center has four goals and 10 assists in 23 games this season. The 17-year old has verbal commitment to University of Denver ahead of the 2021-22 season.

The rights to 6-foot-3, 197-pound Peter Fleming was also acquired today by the Spirit. Fleming is currently playing for the Toronto Patriots Jr. A, after playing the 2018-19 season in the OHL. Fleming was selected in the sixth round, 101st overall, in the 2017 OHL Priority Selection Draft. The London, Ontario native excels in the classroom as well, being named the OHL Academic Player of the Month in October of 2018.

In the deal, the Spirit part ways with two promising young players in Ethan Cardwell and Connor Punnett.

“As hard as it is to part ways with two exceptional young players and people, this was a move that had to be made to better our team today. On behalf of the entire organization, we would like to thank Ethan Cardwell and Connor Punnett for their contribution to the Saginaw Spirit and the community in the Great Lakes Bay Region. We wish them the best of luck in Barrie.”

Cardwell, 17, has 12 goals and nine assists in 37 games this season for Saginaw. The Courtice, Ontario native was selected in the second round, 33rd overall, in the 2018 OHL Priority Selection Draft.

Punnett, 16, was Saginaw’s first overall pick in the 2019 OHL Priority Selection out of the North Central Predators program. In 25 OHL games, the 6-foot-1, 185-pound defenseman had two assists and was plus-3. 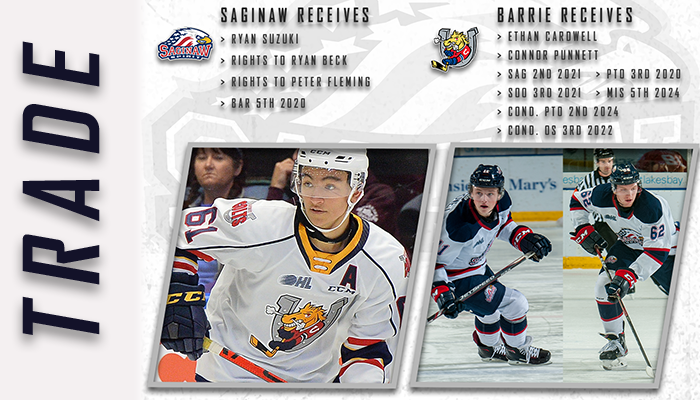