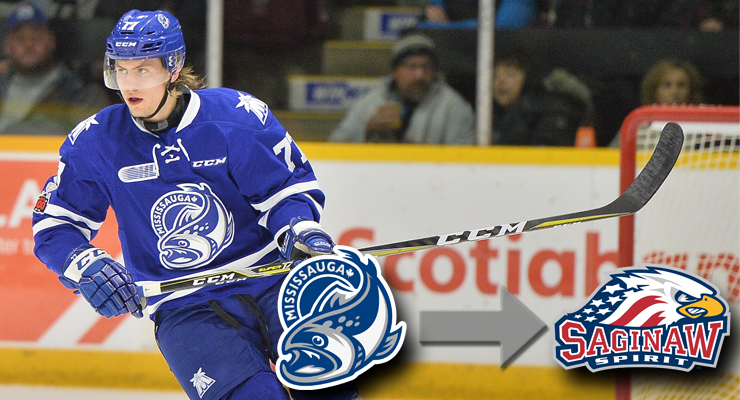 Saginaw, Michigan – Saginaw Spirit General Manager Dave Drinkill announced Tuesday the team has made a trade with the Mississauga Steelheads to acquire the rights to overage Import Albert Michnac (MICK-nash). The Spirit will send a Conditional 2019 15th round pick (Saginaw) to the Steelheads to complete the trade.

Michnac, 19, enters his third season in the Ontario Hockey League in the upcoming 2018-19 season. The Praha, Czech Republic native is coming off of his most successful season in the OHL, posting 21 Goals and 39 Assists for 60 Points in 59 games last season with Mississauga.

In his 124 game OHL career, Michnac has 36 goals and 63 assists for 99 points. Michnac, being a late 1998 birthday, is eligible for the upcoming 2018 NHL Draft in Dallas, Texas. He is ranked the 151st among North American Skaters by NHL Central Scouting.