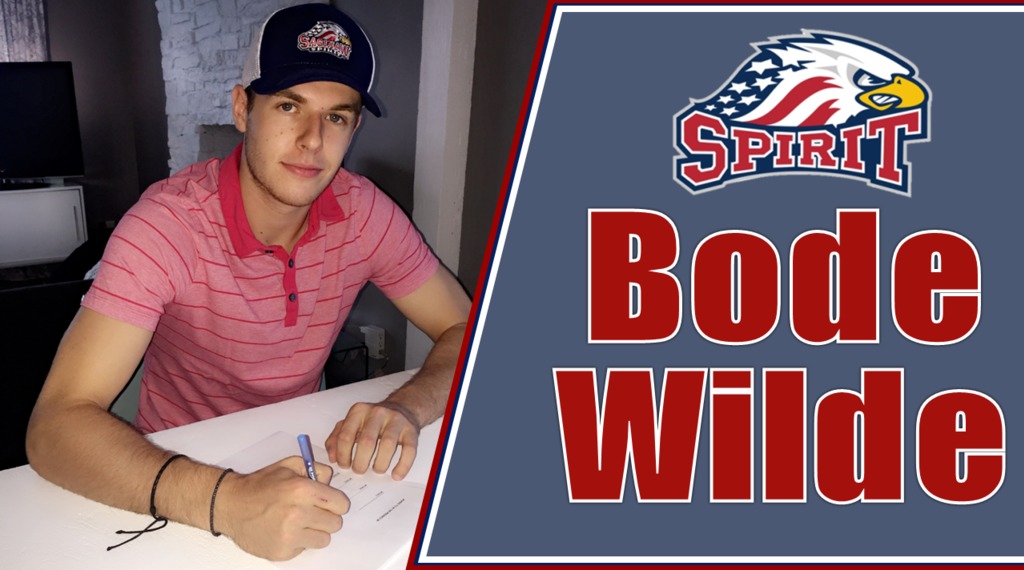 “We are very pleased to announce that Bode Wilde has signed with the Spirit and will be joining the Saginaw Spirit family. When we drafted Bode in the second round two years ago, we had hoped this day would come. Now that it has, we could not be more thrilled as an organization. “

“Bode has the ability to be a top defenseman in our league and we are going to do everything we can for him to reach that potential here in Saginaw. The fans will really enjoy watching him play as he brings a combination of size, physicality, strong skating, and offensive ability to our lineup. His ceiling as a player is very high.”

The six-foot-three, 195-pound native of Birmingham, Michigan was taken by the Spirit in the second round, 35th overall, in the 2016 OHL Priority Selection. Wilde played the 2017-18 season for the United States National Under-18 team, posting 12 goals and 29 assists in 61 games.

“I am super excited to be playing in the OHL, especially for the Saginaw Spirit, said Wilde. “After meeting Dave (Drinkill), the ownership group, and the coaching staff, I think it was an easy decision. The city of Saginaw, the OHL schedule, and everything that goes into being a member of the Spirit is going to be very good for me these next few years.”

Wilde moved to Michigan at age 12 from Montreal, Quebec to play for the Belle Tire Peewee program. He played his Bantam Hockey with current Spirit defenseman Caleb Everett on Honeybaked during the 2014-15 season. Wilde would score 87 points that season and finished his Honeybaked career the all-time leader in Goals (44), Assists (60), and Points (104) at the Bantam Major AAA level. Wilde went on to play for the Chicago Mission at the Under-16 level, before signing with the United States National Team Development Program for the 2016-17 season.

Internationally, Wilde has appeared in the World Under-17 Hockey Challenge, where he led the tournament in points scored by a defenseman (6), and the World Under-18 Championships for Team USA last year.

Wilde will wear #74 for the Saginaw Spirit this season.