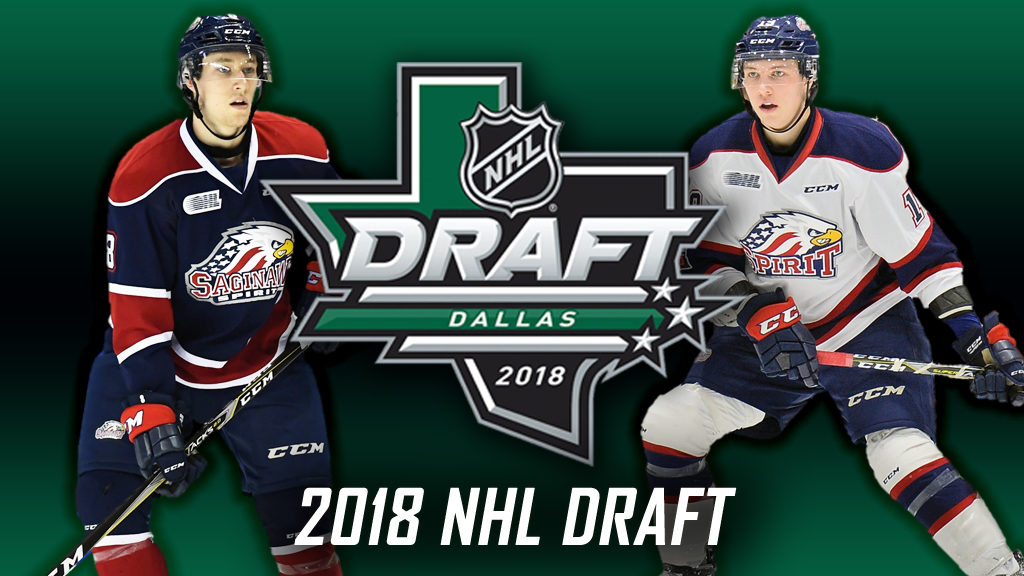 13 Saginaw Spirit players hope to have their dreams realized and hear their names called at the 2018 NHL Draft taking place in Dallas, Texas on June 22-23 at the American Airlines Center, home of the NHL’s Dallas Stars.

Since the franchise’s move from North Bay to Saginaw prior to the 2002-03 season, the Spirit have had 52 players selected in the NHL Draft, including two current players taken in 2017. Reilly Webb was taken in the sixth round, 164th overall and Brady Gilmour was selected in the seventh round, 193rd overall by the Detroit Red Wings.

In the franchise’s 17-year history, the most Spirit players to have been taken in a single NHL Draft was five. The franchise accomplished this feat four times, including back-to-back-to-back seasons from 2004-2006.

In each of the previous 16 NHL Drafts, at least one Saginaw Spirit player has been picked.

In the 2011 NHL Draft, the Dallas Stars selected Jamie Oleksiak in the first round, 14th overall making him the highest Spirit draft pick in franchise history.

Blade Jenkins is the highest rated Saginaw Spirit player at 26th among North American Skaters on the final rankings of the NHL Central Scouting List.

The Spirit’s own Joey Battaino and Charley Porter will be traveling to Dallas this year to keep #SpiritNation up to date on all the happenings at the 2018 NHL Draft. Follow us on Facebook, Twitter, and Instagram for all the coverage.