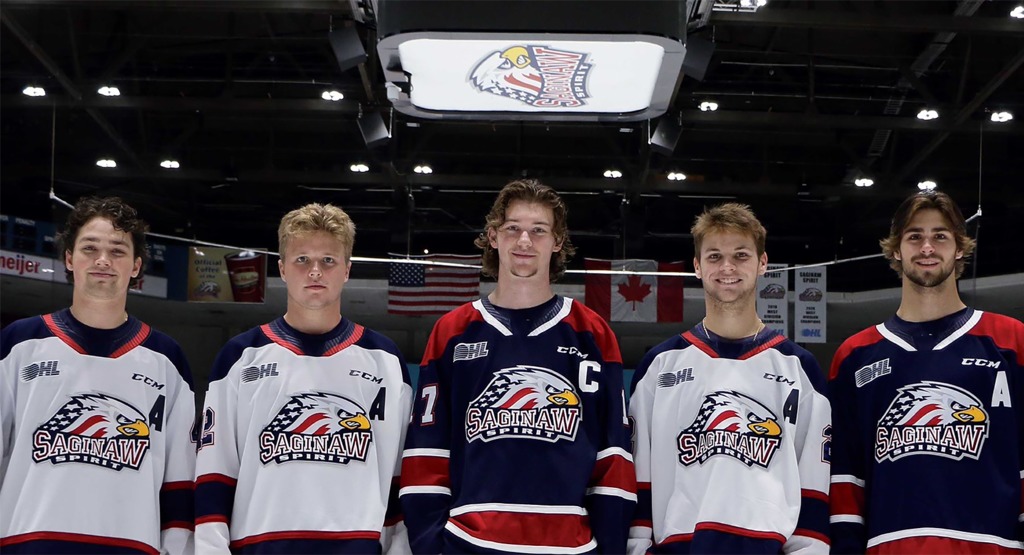 Saginaw, Mich. – The Saginaw Spirit Hockey Club is proud to announce their leadership group for the 2022-23 Ontario Hockey League season.

Buffalo Sabres prospect Josh Bloom has been named the 22nd captain in the history of the team. The 19-year-old from Oakville, Ontario enters his third season with the Spirit after being drafted in the second round, 30th overall, in the 2019 OHL Priority Selection Draft.  In 121 career games with the Spirit, Bloom has scored 75 points (36 goals – 39 assists). Bloom enjoyed a breakout season during the 2021-22 campaign, scoring 61 points (30 goals – 31 assists) for second most on the club. His seven shorthanded goals tied a single-season franchise record set by Dylan Sadowy (2014-15) and D.J. Busdeker (2019-20).

Saginaw native Mitchell Smith has been named an alternate captain for the second year in a row. The overage defenseman has appeared in 124 career games, scoring 66 points (23 goals – 43 assists). Smith and teammate Pavel Mintyukov became the first Spirit defensive duo to score 50 or more points in a single season since Patrick McNeill (58) and Andrew Hotham (52) did it during the 2006-07 regular season. Smith participated in NHL Training Camp with the San Jose Sharks this summer.

Dean Loukus will be the other full-time alternate captain for the Spirit this season. The Calumet, Michigan native had a stand-out rookie campaign in 2021-22, scoring 51 points (22 goals – 29 assists) in 64 games. Loukus had a very unique way of scoring his first OHL goal, as his second and third OHL tallies came in the same game back on October 24, 2021 in Erie.

Hislop, 19, was acquired in a trade with Owen Sound last season and signed with the Spirit in November 2021. The physical defenseman scored 14 points (4 goals -10 assists) in 42 games for the Spirit last season.