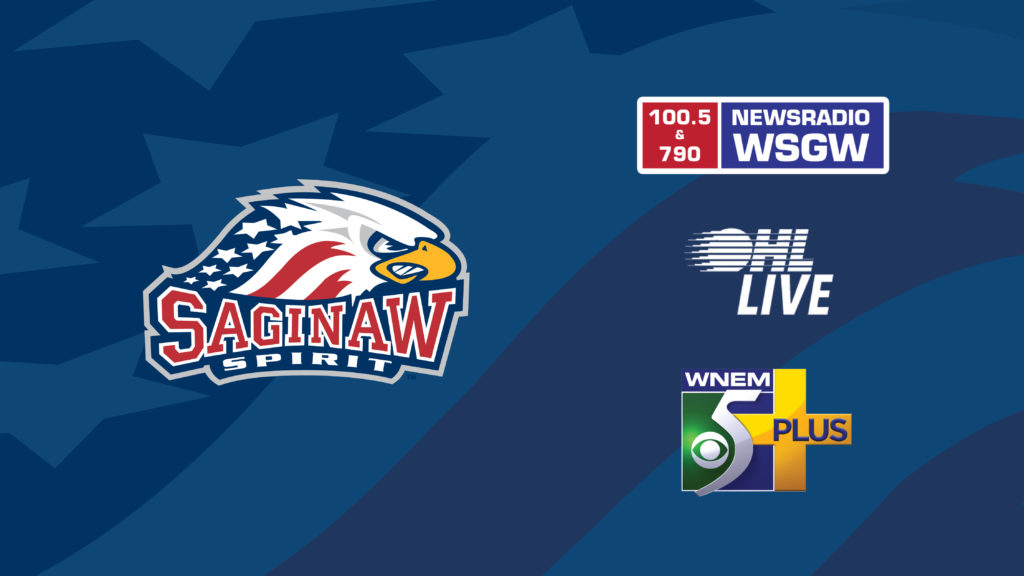 Saginaw, Mich. – The Saginaw Spirit are proud to announce their plans to broadcast all 68 regular season games and playoffs during the 2022-23 season.

Returning for their sixth season behind the mic together are the tandem of play-by-play broadcaster Joey Battaino and Saginaw sports hall of famer Dennis Desrosiers. 2022 Michigan Association of Broadcasters Hall of Fame inductee Art Lewis will be rink side handling all pregame, postgame, and intermission content for all home broadcasts, while Jonathan Dent returns for his second season as studio host and producer on road radio broadcasts this season.

WSGW remains the radio home of Spirit hockey after the team and station agreed to a contract extension through the 2023-24 season. 100.5 FM intends on broadcasting all 68 regular season games and playoffs on the air and on their website, wsgw.com. 100.5 FM is also on the Audacy App.

WNEM TV5+ is your home for the Spirit with the ‘Saginaw Spirit Rewind’ airing every Sunday during the regular season. Catch up on the week that was with full-length broadcasts on two games from the previous week at 6:00 p.m. and 8:00 p.m.

The Spirit and WNEM TV5+ have partnered to deliver two live games this season, with dates and times to be announced at a later date.

OHL Live on CHL TV will deliver a high-quality viewing experience, providing access to more than 700 OHL games streamed across a range of platforms including PC and tablet on Safari and Google Chrome web browsers and on iOS and Android mobile devices through the CHL App. Fans can also see the NHL’s stars of tomorrow on the Amazon Fire, Apple TV and Roku platforms.

The OHL Live season pass is on sale now through the Saginaw Spirit. You receive One (1) OHL Live All-Access Pass, $10 Spirit gift card, and two (2) upper-level tickets vouchers for the 2022-23 regular season for just $95.