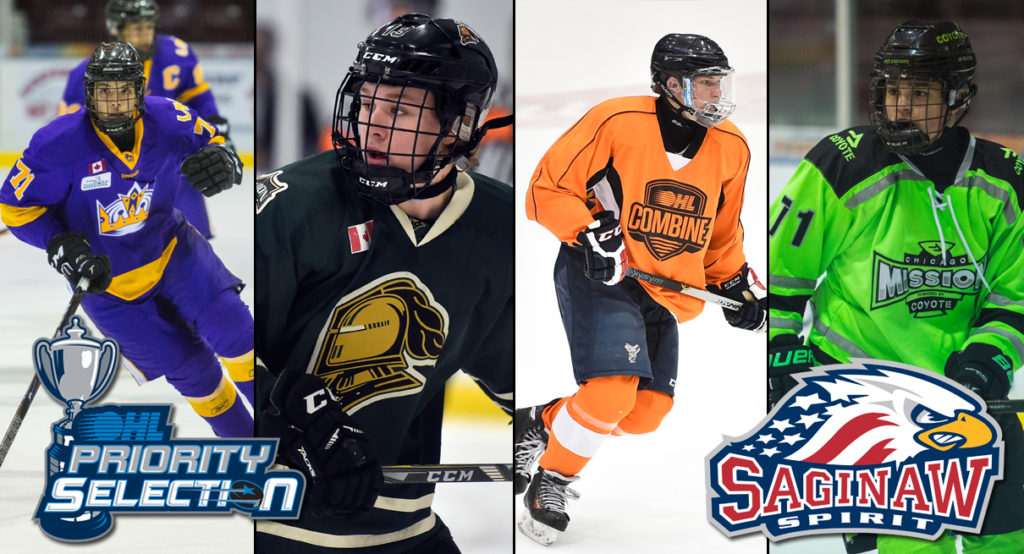 SAGINAW, Mich. – On Saturday, the Saginaw Spirit made 17 picks in the 2017 OHL Priority Selection Draft to complete their 50-man roster. Listed below is the Spirit’s 17 draft selection.

SCOUTING REPORT: Nicholas is a one of the best wingers in this
age group. He is explosive off the mark and has top-end speed that
many have trouble keeping up with. He uses his edges very well
and is hard to contain in the corners. Nicholas has a very good skill
set that allows him to create numerous chances each game. He is
not an overly physical player, but he won’t shy away from a battle
in the corner or in front of the net. Nicholas has all the tools to be
an impact player in the OHL.

(Aidan Prueter of the London Jr. Knights at the 2017 OHL Cup. Photo by Aaron Bell/OHL Images)

SCOUTING REPORT: Aidan does everything very well. He is a
good skater with a good skill set that allows him to make offensive
plays. He has a good shot with a quick release. He is a complete
player that plays a full 200-foot game and doesn’t take any short
cuts. Aidan plays in every situation and is effective on the power
play. His hockey sense is one of his biggest attributes. He rarely
makes a bad decision or is out of position. Aiden is the type of player
all coaches appreciate as he is never a liability on the ice.

(Duncan Penman of the Mississauga Rebels at the 2017 OHL Combine in Oshawa, ON on April 2, 2017. Photo by Aaron Bell/OHL Images)

(Alex Turcotte of the Chicago Mission 16U. Photo by Troy Shantz/OHL Images).

SCOUTING REPORT: Alex is a dynamic skater that has the ability
to beat most defenders off the rush as well as with quick, sharp
moves. He has good puck skills and does things with the puck
that you just aren’t expecting. He plays the game at top speed all
the time. Alex is a centre that does everything well. He makes his
teammates better, pays attention to details in all three zones, competes
very hard and isn’t afraid to go to the dirty areas for pucks.
His hockey sense separates him from a lot of other players.

(Ryan Stepien of the Hamilton Jr. Bulldogs at the 2017 OHL Combine in Oshawa, ON on April 2, 2017. Photo by Aaron Bell/OHL Images)

SCOUTING REPORT: Ryan is one of the top prospects in the SCTA
this season. There aren’t many wingers that possess the skating
ability and skill set that he has. He is an explosive skater that hits
holes at full speed. His puck skills are very good and he can beat
defenders in numerous ways, either one-on-one or by slowing the
play down and finding the open player. He has good accurate shot
with a very quick release. He has a bulldog type of build which
makes it very hard to knock him off the puck.

(Camaryn Baber of the Soo Greyhounds Midgets at the 2017 OHL Cup. Photo by Aaron Bell/OHL Images)

(Cyrus Martin of the Waterloo Wolves at the 2017 OHL Cup. Photo by Aaron Bell/OHL Images) 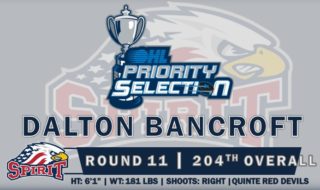