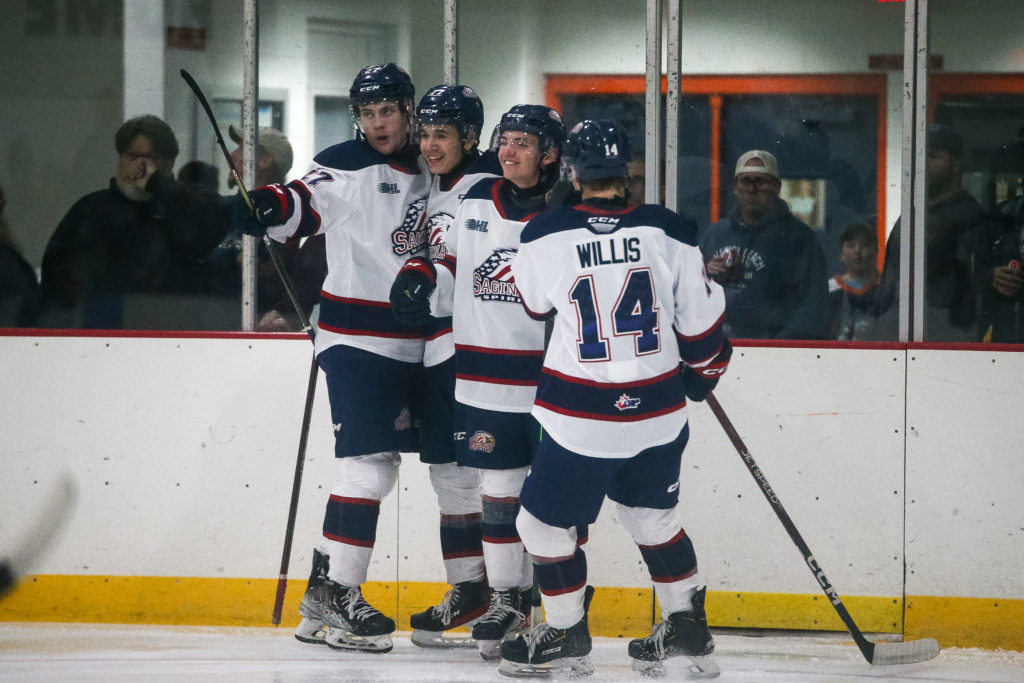 Flint, Mich.- The Saginaw Spirit played their final preseason game against the Flint Firebirds Saturday at Flint Iceland Arenas and came away with a 2-1 win.

The lone goal in the first period was a shorthanded goal scored by the Firebirds at 7:50. The breakaway tally was netted by overage forward Sahil Panwar for his second goal in as many nights against the Spirit.

Saginaw seemed to switch things up in the second and dominated play despite no goals. The Spirit would have many scoring opportunities, including a two-minute offensive zone possession halfway through the second period. They also outshot Flint 12-9 in the second period, but Flint would outshoot Saginaw overall, 31-28.

Goalie Nathaniel Day would make a diving save on Calem Mangoneto keep the Spirit scoreless during a five-on-three chance in the middle frame.

Saginaw would start goalie Brett Fullerton, but made the switch to emergency backup John Chartrand at the start of the third. Fullerton made 25 saves on 26 shots and Chartrand made five saves on five shots. Nathaniel Day played the entire game, making 26 saves on 26 shots.

The third period saw Saginaw tie the game at one a piece with a goal 1:39 into the period from Calem Mangone. He finished a three-way-passing play between himself, Zayne Parekh, and Michael Misa.

Misa would get his sixth assist on the play, which is the most for any Saginaw player this preseason.

The Spirit would score the game-winner at 6:10 into the third. Sebastian Gervais netted the puck on the right side of the net after Zayne Parekh and Lincoln Moore helped by passing. The trio of skaters made their way into the zone and set-up the goal with Moore starting and Gervais finding the back of the net.

As time wound down, the Spirit leaned heavily on their penalty kill and goaltender Chartrand when P.J. Forgione was called for hooking at 17:20. Saginaw was able to hold the fort and preserve the one-goal victory even with the Flint net empty for an extra attacker. Saginaw finished the preseason with a 3-3-0-0 record.

The Spirit’s home opener is Friday, October 1st against the Guelph Storm at the Dow Event Center. Puck drop is at 7:05 p.m. Tickets can be bought at the Saginaw Spirit Store, saginawspirit.com, Dow Event Center Box Office, and at (989) 497-7747.