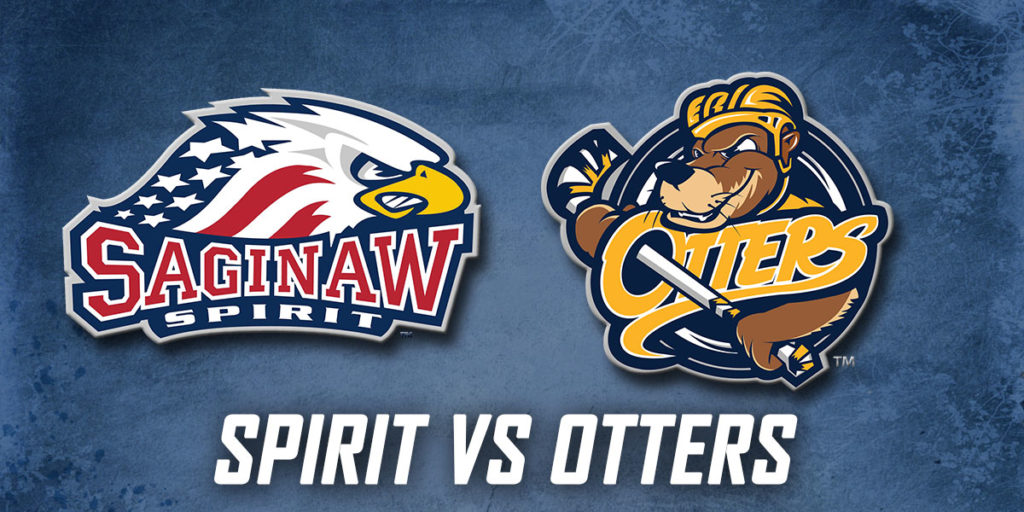 Erie, PA – The Saginaw Spirit (3-2-1-0, 7 pts.) look for their third-straight road victory Friday, October 4 when they take on the Midwest Division leading Erie Otters (3-2-0-0, 6 pts.) at Erie Insurance Arena in Erie, Pennsylvania.  Puck drop is at 7:00 p.m. for the first of four meetings this season between the two teams.

Saginaw swept the season series last year, 4-0 and have defeated Erie seven of the last eight meetings between the two clubs.  The Spirit are 11-5-0-0 since the 2015-16 season.

Fans can catch all the action on the flagship WSGW Newsradio 100.5 FM and www.fmtalk1005.com with the voice of Saginaw Spirit hockey Joey Battaino on the call.  “Countdown to Face-off” begins 15 minutes prior to puck drop.

The Spirit won their last two games on the road and three of the last four games overall.  Saginaw defeated the Niagara IceDogs to kick off the current three-game road trip Thursday evening, 5-4.

Solovyov, the Saginaw Spirit 2019 CHL Import Draft first round pick, was featured on Vaughn Hockey’s CHL team of the week for the week ending on September 29.  The Belarusian defenseman notched a goal and seven assists in three games that week and is tied for the OHL-lead in points with 12 on the season.

Saginaw Spirit captain Damien Giroux has contributed multi-point efforts in three of the last four games and has tallied five goals during that stretch.  The Minnesota Wild prospect compiled three points in the victory Thursday night over Niagara.  Giroux comes into the game tied for third in the Ontario Hockey League (OHL) with five goals this season.

Center Ethan Cardwell scored his first two goals of the season in Saginaw’s 5-4 victory over Niagara Thursday, which included the eventual game-winning goal.  The 2018 second round pick of the Saginaw Spirit scored five goals in just 15 games as a rookie last season.

Saginaw, Michigan native Mitchell Smith collected his second goal of the season Thursday night.  The Spirit defenseman scored his first career OHL goal in Saginaw’s victory over Sarnia back on September 27 of this year.

Newly acquired Spirit goaltender Marshall Frappier has wins in the last two games for Saginaw.  In two starts for the Spirit, Frappier sports a 2.00 goals against average and .911 save percentage with a shutout.

Sportsnet’s Sam Cosentino has Saginaw Spirit forward Cole Perfetti as the top-ranked player coming out of the OHL this season.  The Whitby, Ontario native has points in the last four games and five of the six games this season for the Spirit.

Erie’s Jamie Drysdale is considered by many experts to be the top-rated defenseman available in the 2020 NHL Draft.  Drysdale has two goals and six assists in the five games this season with the Erie Otters.

Left-winger Maxim Golod leads all Erie Otters players this season with nine points.  The Concord, Ontario native has contributed multi-point games in three of the last four games for the Otters.

Overage defenseman Jacob Golden dished out three assists this season and has points in the last two games for the Erie Otters.  The former Minnesota Wild draft choice was acquired by the Otters during the season last season via trade with the London Knights.

The Spirit finish out the three-game road trip Sunday, October 6 against the Oshawa Generals at 6:05 p.m. for the first of two meetings this season.  Saginaw and Oshawa split a physical season series last season with both teams victorious on the road.

The Saginaw Spirit returns home to The Dow Event Center Wednesday, October 9 to take on the Peterborough Petes at 7:05 p.m.