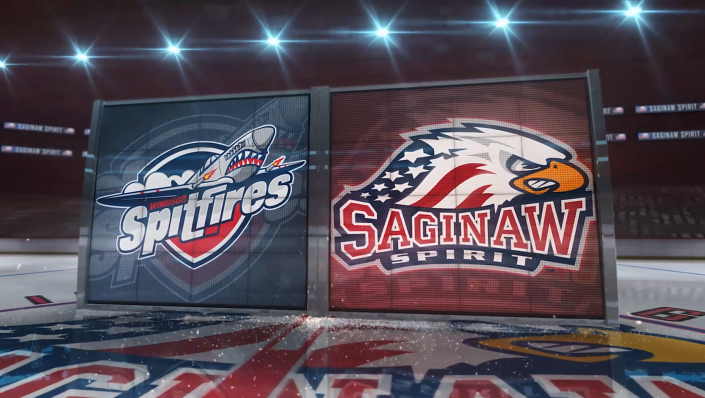 The Spirit are coming off a 2-0 shutout victory over the Mississauga Steelheads Saturday evening.

Frappier and the Spirit second-ranked shorthanded unit killed all seven Steelheads man-power advantages in the victory.  Saginaw has killed 61 of 70 man-power disadvantages this season for a conversion rate of 87.1%.

2019 Saginaw Spirit fourth round pick ‘T-Bone’ Codd picked up the game winning goal in the second period of Saturday’s game.  The goal was the rookie forward’s second goal of the season for the Spirit.

New York Islanders prospect Cole Coskey continued his climb up the Saginaw Spirit record books.  The Zion, Illinois native tallied his eleventh goal of the season just 63 seconds after Codd’s goal in the victory over the Steelheads.

With the goal, Coskey moved into a tie with Saginaw Spirit alum Eric Locke for 7th all-time with 83 career goals.

2020 NHL Draft top-prospect Cole Perfetti has been solid against the Windsor Spitfires in his OHL career.  The Whitby, Ontario native scored three goals and five assists in seven games against the Spitfires.

Windsor took down the North Bay Battalion, 6-4 at home on Saturday night for their 11th victory of the season.

2020 NHL Draft prospect Will Cuylle led the way offensively in the victory with two goals, including the game-winner.  The 2018 OHL Draft third overall pick has four goals and seven assists in 15 games this season for the Spitfires.