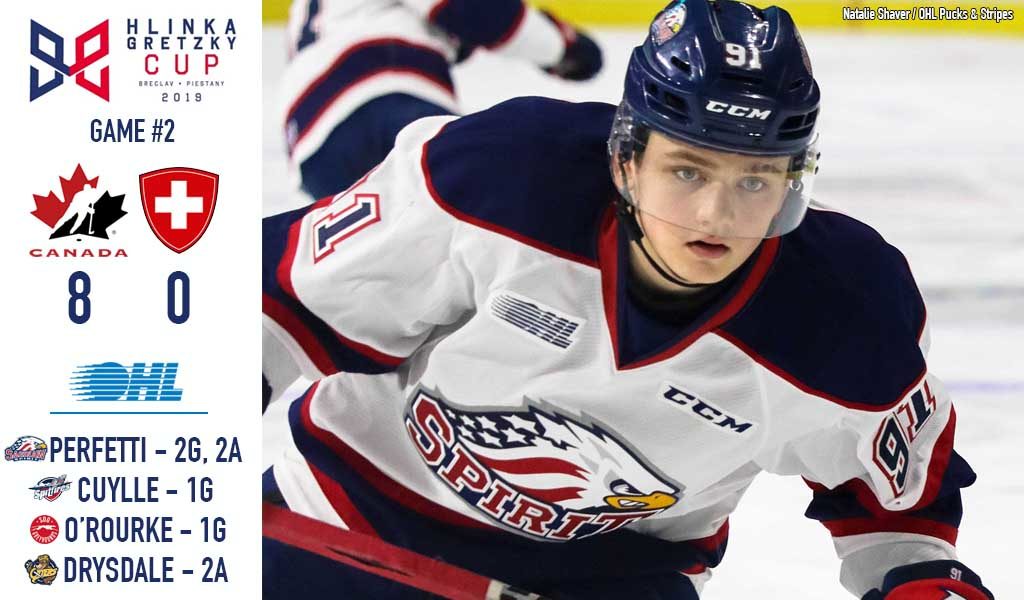 Perfetti, who scored a pair of nice goals, increased his point total to six (4-2–6) over two games as Canada outshot Switzerland 48-8 in a lopsided affair.

“I thought it was a solid game from our lineup, from top to bottom,” said Canada head coach Michael Dyck. “We’re just going to take it one game at a time. We’re not going to look too far ahead of us or too far behind us. We’re just going to make sure we’re prepared for the game that’s right in front of us. If we have that approach, we won’t have to worry about complacency.”

Canada has started the annual tournament with 120 minutes of shutout hockey backed by the goaltending of Tristan Lennox (Saginaw Spirit) and Dylan Garand (Kamloops Blazers).

Canada puts its 2-0 record on the line Wednesday afternoon, rounding out the preliminary round with a matchup against the host Czech Republic at 1:00pm ET.