OHL ‘On the Run’ Player of the Week: Cole Perfetti 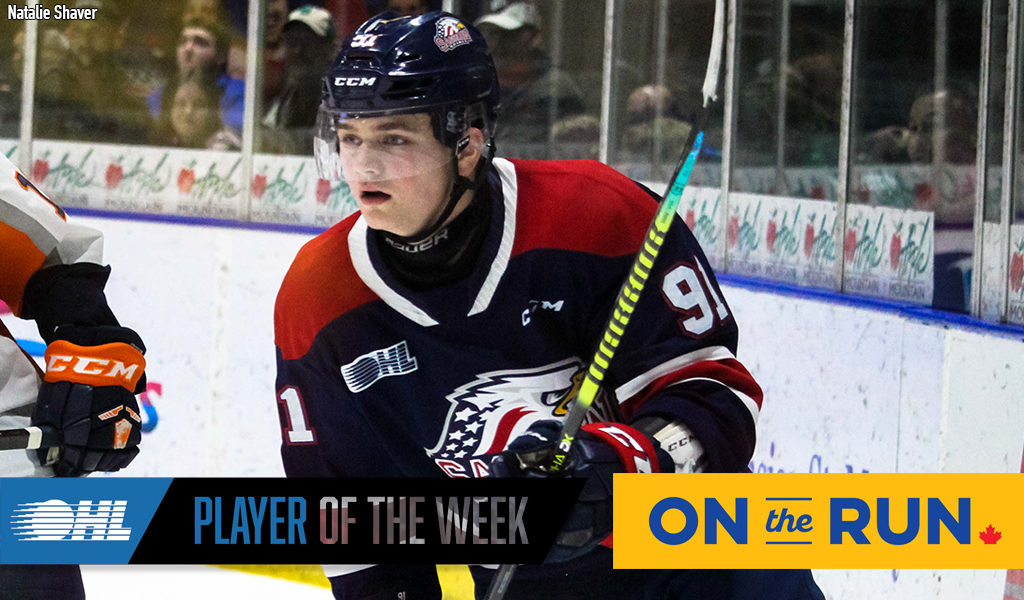 Toronto, Ont. – The Ontario Hockey League today announced that draft eligible Saginaw Spirit forward Cole Perfetti is the OHL ‘On the Run’ Player of the Week with 10 points in three games including four goals and six assists along with a plus/minus rating of plus-6.

Perfetti becomes the first Spirit player to claim the honour this season, stringing together three straight first star performances as the Spirit maintained their standing atop the West Division with a pair of victories. His five assists in Sault Ste. Marie on Wednesday equal a past single game mark recorded by Vincent Trocheck (March 2012) and Marcus Crawford (January 2017) as the Spirit defeated the Greyhounds 7-5. Perfetti followed up on his career high-matching five point effort with his first hat-trick of the season on Friday as the Spirit were edged by the visiting Flint Firebirds 5-4. He rounded out the weekend with a goal and an assist on Saturday as Saginaw bounced back to defeat the Kitchener Rangers 8-2 on home ice. Perfetti became the fastest player in Spirit history to reach the 100 career assist mark in the weekend finale, bringing him to within three points of the century mark in his sophomore season.

An 18-year-old native of Whitby, Ont., Perfetti sits one point back of Ottawa’s Marco Rossi for the OHL scoring lead, boasting 97 points (34-63–97) over 53 games this season. The sharpshooting winger has collected four consecutive multi-point efforts and sits tied with teammate Damien Giroux for the team lead with 34 goals. The fourth-ranked North American skater on NHL Central Scouting’s Midterm Draft Rankings, Perfetti recently competed in the 2020 Kubota CHL/NHL Top Prospects Game in Hamilton, Ont. He was a key member of Canada’s silver medal-winning National Under-18 Team at the Hlinka Gretzky Cup last summer, recording 12 points (8-4–12) over five contests. He was Saginaw’s first round (5th overall) pick in the 2018 OHL Priority Selection from the Vaughan Kings Minor Midgets.