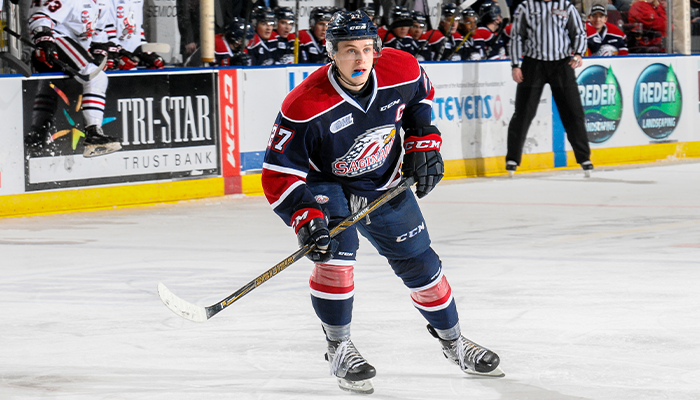 On Stephens: “One thing he’s blessed with is the ability to skate… if he’s just got that going tonight it’s going to be an asset for us. He’s good in the circle, he can kill penalties, but to add to our team speed, that’s a good thing.”#NYIvsTBL | Jon Cooper: pic.twitter.com/iqh59oAcJ9

Stephens, 22, was a 2013 first round pick, eighth overall,  of the Saginaw Spirit and played 180 games for the Spirit from 2013-17. The Peterborough, Ontario native finished his Spirit career 18th all-time in scoring with 62 goals and 73 assists for 135 points.

“When I got the call, I called my parents right away and told them. It’s a pretty cool feeling. I’m excited to be here, excited for the opportunity.”#NYIvsTBL | Mitchell Stephens: pic.twitter.com/GyxdfVANhi

Stephens has 76 points in 131 career AHL games with Syracuse, AHL affiliate of the Tampa Bay Lightning, and is coming off an AHL All-Star Game appearance in his rookie season.