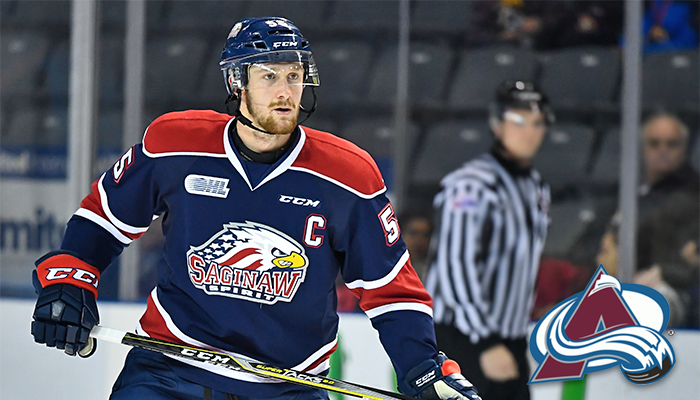 Middleton, 23, was selected by the Spirit in the third round, 50th overall, in the 2014 OHL Priority Selection. Middleton became the 19th captain in Spirit history during the 2016-17 season and served in that role in his final two OHL seasons. The Stratford, Ontario native appeared in 255 games, collecting 58 points (11g/47a). Those 255 games played is the fifth most of any Spirit player in franchise history.

The Toronto Maple Leafs selected the defenseman in the fourth round, 101st overall, in the 2016 NHL Draft. After going unsigned, Middleton signed with the San Jose Barracuda of the AHL prior to the 2018-19 season. Appearing in 102 games with the Barracuda over two seasons, Middleton was signed by the Colorado Eagles prior to the 2020-21 season. In 14 games this season, Middleton has one assist and 16 penalty minutes.