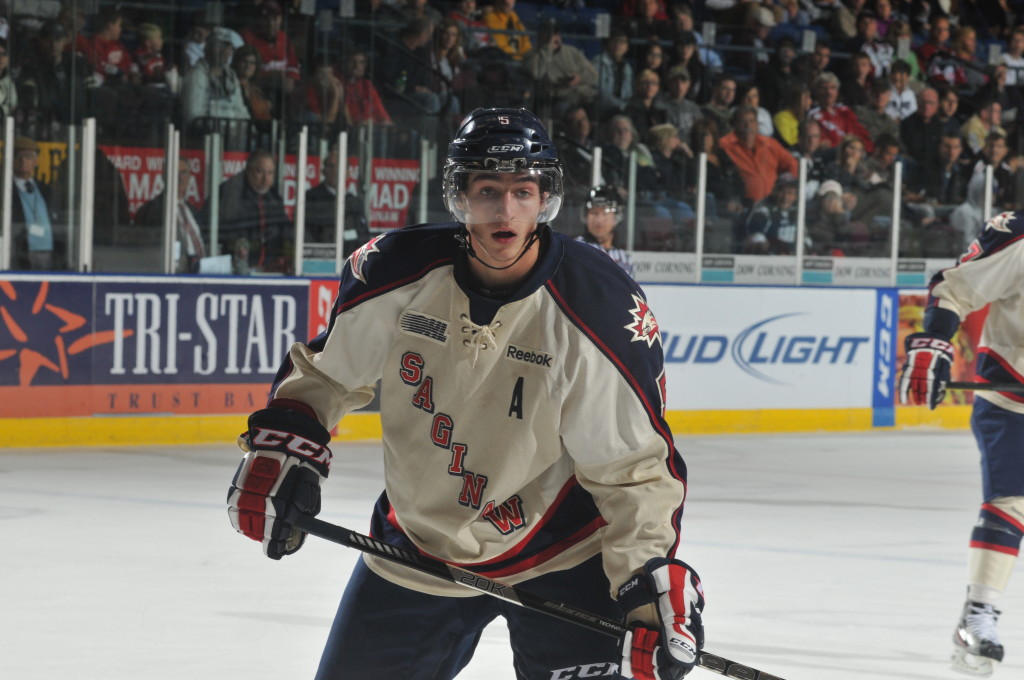 The Saginaw Spirit are proud to announce that former Captain Garret Ross has agreed to a three year entry level contract with the Chicago Blackhawks of the National Hockey League. The Dearborn Heights, MI native was signed by the Spirit as a free agent in August of 2009, and subsequently drafted by Chicago as the team’s fifth round selection in the 2012 NHL Draft.  Ross will now report to the Rockford IceHogs, the American Hockey League affiliate of the Blackhawks.

Ross leaves the Spirit as the franchise’s eighth most productive point producer in team history amassing 170 points (82 goals, 88 assists) in 217 games played. He ranks ninth in all-time Spirit assists, and tied for sixth in goals with Jordan Szwarz. Ross was also named Most Underrated Player in the 2011-2012 OHL Western Conference Coaches Poll.

This past season with Saginaw saw Ross record 44 goals and 46 assists as he became just the third member of the Spirit to reach the 90 point plateau in a season. His season totals ranked seventh in OHL point production overall.

Get Your 2013-2014 Tickets! – Reserve your 2013-2014 Saginaw Spirit tickets, flex packs, Covenant Kids “Kids Pass” and group outings today! For more information contact the Spirit at 989-497-7747, visit the Spirit store at 5789 State Street in Saginaw, or go to SaginawSpirit.com, and don’t forget to follow the Spirit on Facebook, Twitter, and You Tube.