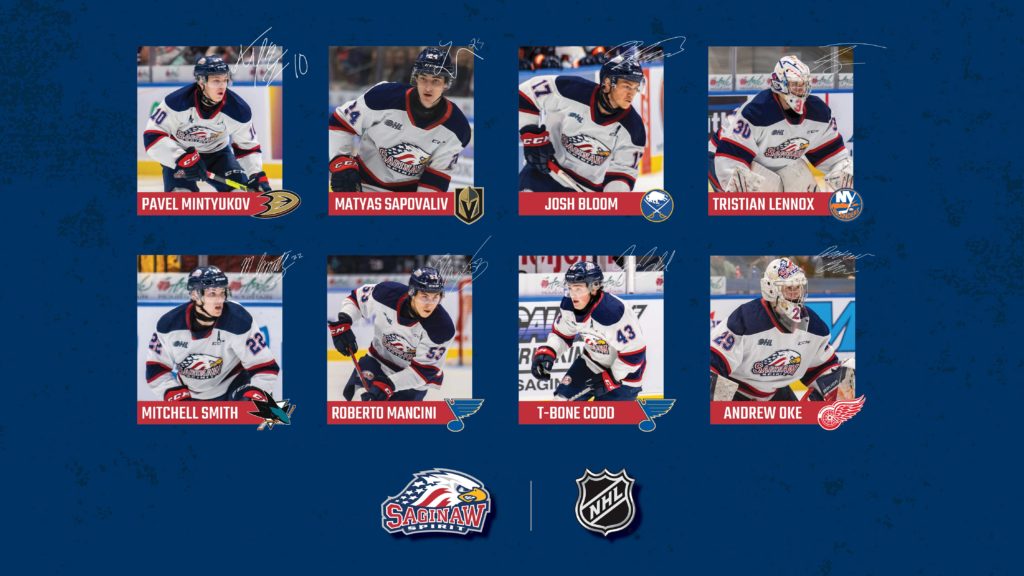 Mintyukov, Sapovaliv, and Smith will all participate in the Rookie Face-Off Tournament held in San Jose, California from Sept. 16-19 at the brand-new Tech CU Arena, home of the San Jose Barracuda of the American Hockey League.

Mintyukov, 18, was selected in the first round, 10th overall, by the Anaheim Ducks in the 2022 NHL Draft, tying the previous high-mark for a Spirit player taken in the draft. The 6-foot-3, 195-pound defenseman signed a three-year entry level contract with the Ducks in July of 2022.

During the 2021-22 season, Mintyukov became the first Spirit defenseman to ever lead the team in scoring with 62 points (17 goals – 45 assists).

Sapovaliv, 18, was selected by the Vegas Golden Knights in the second round, 48th overall, in the 2022 NHL Draft. He finished his first season in the Ontario Hockey League with 52 points (18 goals – 34 assists) and led the team in power play goals with seven.

Smith will celebrate his 20th birthday while attending the Rookie Faceoff Tournament for the host San Jose Sharks on a free agent invite. The Saginaw native reached the 50-point plateau for the first time in his OHL career during the 2021-22 season, scoring 16 goals and 34 assists.

Mancini, Codd, and Oke will each participate in the 2022 NHL Prospects Tournament held at Centre Ice Arena in Traverse City, Michigan from Sept. 15-19.

Mancini, 19, has received an invite from the St. Louis Blues after a strong showing in their rookie camp back in July. Mancini’s game blossomed during the 2021-22 season, where he matched his expert defending with 28 points from the back end. The 6-foot-3, 215-pound rear guard also led the Spirit in penalty minutes last season with 79.

Codd, 19, experienced a trying 2021-22 season, beginning with an injury at the 2021 NHL Prospects Tournament when he was skating with the Detroit Red Wings. Codd returned for the Spirit home opener only to find out he would need season-ending surgery just 16 games into the season. Now a one hundred percent, Codd will look to make the most of this year’s tournament, now wearing the note of the St. Louis Blues.

Oke, 18, is the only free agent goalie being invited to take part in Detroit Red Wings Training Camp. Oke will also suit up for Detroit at the NHL Prospects Tournament this coming weekend. In August, Oke became just the third Spirit player in history to represent Team USA at the U20 World Junior Championship. Oke played 1,931 minutes in net during the 2021-22 season, the most for any Spirit rookie goaltender since Mike Brown set the franchise record during the inaugural season in 2002-03 with 2,185. His 13 wins was the second most for a rookie goaltender in team history behind only Ryan Daniels’ 16 during the 2005-06 season.

Bloom, 19, will take part in the 2022 Prospects Challenge held at LECOM Harborcenter in Buffalo, New York. The Buffalo Sabres drafted Josh Bloom in the third round, 95th overall, in 2021. After putting up 61 points during the 2021-22 season for the Spirit, the Sabres signed Bloom in April and assigned him to their AHL affiliate in Rochester, New York for the remainder of the season. The 6-foot-2, 180-pound left winger tied the Spirit record for most shorthanded goals in a single season with seven last year. A record shared now by Bloom, D.J. Busdeker (2019-20), and Dylan Sadowy (2014-15).

Lennox, 19, will take part in New York Islanders training camp (The Islanders have not publicly shared the details of their training camp at the time of this release). Lennox was selected by the Isles in the third round, 93rd overall, in the 2021 NHL Draft. The 6-foot-3, 200-pound netminder was a key contributor to the Spirit’s run of back-to-back West Division championships from 2019-2020. He also became the youngest Spirit goalie in franchise history to appear in a playoff game in 2019. 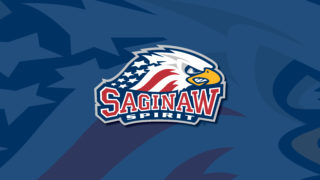