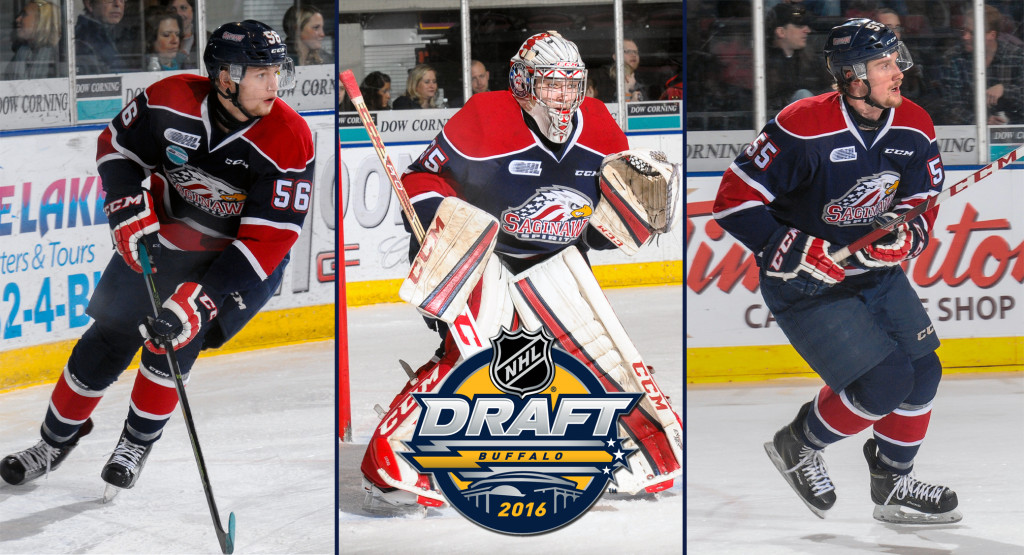 BUFFALO, NY – On Monday, the National Hockey League released the list of the 114 players eligible for the 2016 NHL Entry Draft selected to participate in the 2016 NHL Scouting Combine. Amongst the 114 names were three members of the Saginaw Spirit. Goaltender Evan Cormier, Defenseman Keaton Middleton, and Defenseman Markus Niemelainen were all extended to opportunity to attend the combine.

The event will be held at First Niagara Center and HarborCenter in Buffalo from May 30 to June 4.

“The Combine week is always an interesting event for Central Scouting that seems to go by very quickly,” NHL Director of Central Scouting Dan Marr said in an NHL.com release. “The goal is to present an event that allows NHL personnel to interact with the future stars of our game and assist the NHL clubs in their pursuit of gaining as much knowledge about the draft prospects as possible. Central Scouting looks forward to hosting the prospects during Combine week so that they can further showcase themselves.”