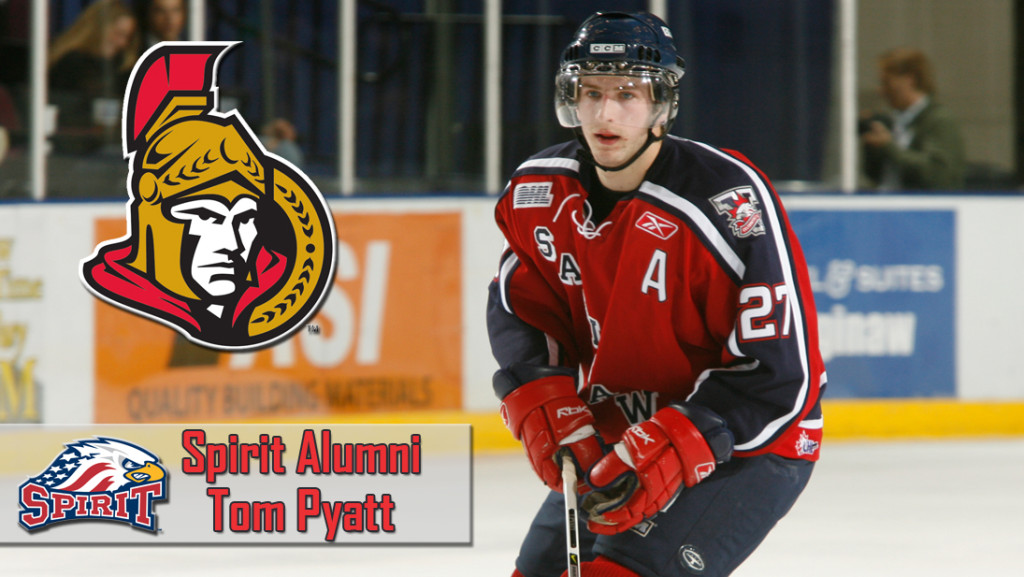 SAGINAW, MI – On Tuesday, the Ottawa Senators announced the signing of former Saginaw Spirit forward Tom Pyatt to a one-year, two-way contract worth $800,000 in the National Hockey League and $200,000 in the American Hockey League.

Pyatt donned the Spirit red, white, and blue from 2003 until 2007, amassing 200 points, sixth all-time in the history of the franchise. Pyatt medaled in both the 2005 and 2006 World Junior Championships, winning gold with Team Canada’s Under-20 team in 2006. During the 2006-07 season, Pyatt was voted the OHL’s Most Sportsmanlike Player.

The Thunder Bay, Ontario native became the New York Rangers fourth round pick, 107th overall in 2005. After two successful seasons in the American Hockey League, Pyatt played his first NHL game with the Montreal Canadiens in 2009. His most recent NHL visit was in Tampa Bay from 2011 through 2014. Pyatt played the last two seasons with Geneve-Servette Hockey Club in the Swiss-A League.